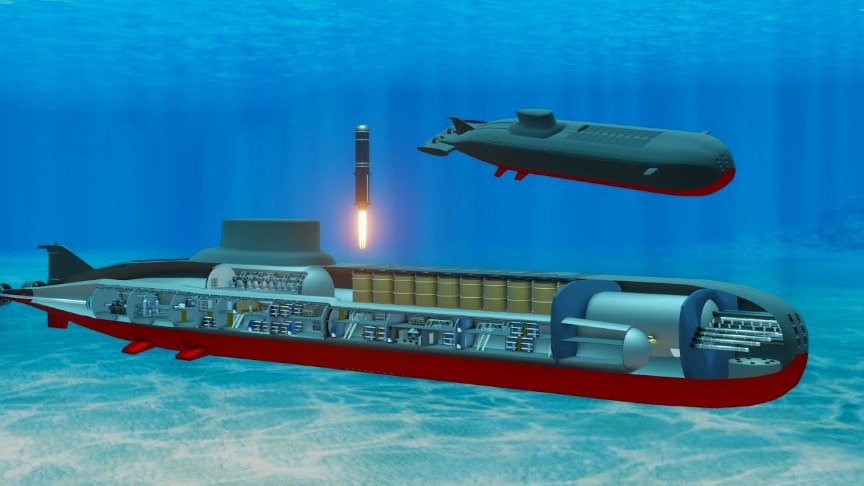 With a submerged displacement of 48,000 tonnes,the Typhoons are the largest submarines ever built,able to accommodate comfortable living facilities for the crew of 160 when submerged for months on end. Watch the video from Learn from the base for more info:

The Typhoon class submarine is of multi-hulled design, with five inner hulls situated inside a superstructure of the two parallel main hulls. The superstructure is coated with sound-absorbent tiles. There are 19 compartments including a strengthened module, which houses the main control room and electronic equipment compartment which is above the main hulls behind the missile launch tubes.The submarine’s design includes features for travelling under ice and ice-breaking.

It has an advanced stern fin with horizontal hydroplane fitted after the screws. The nose horizontal hydroplanes are in the bow section and are retractable into the hull.The Typhoon is capable of traveling at 28 kn/52 km/h underwater. The length of the submarine is 175 m, the Beam is 23 m and the draught is 12 m.The submarine is powred by 2 × OK-650 pressurized-water nuclear reactors, 190 MWt each.//wikipedia