Pump-action shotguns, also called pump shotguns or slide-action shotguns are the most commonly seen pump-action firearms. These shotguns typically use a tubular magazine underneath the gun barrel to hold the shells, though there are some variants that uses a box magazine like most rifles. A 3D animation showing how a Remington 870 pump-action shotgun works. Cinema 4D was used to create each individual part, as well as animating everything. 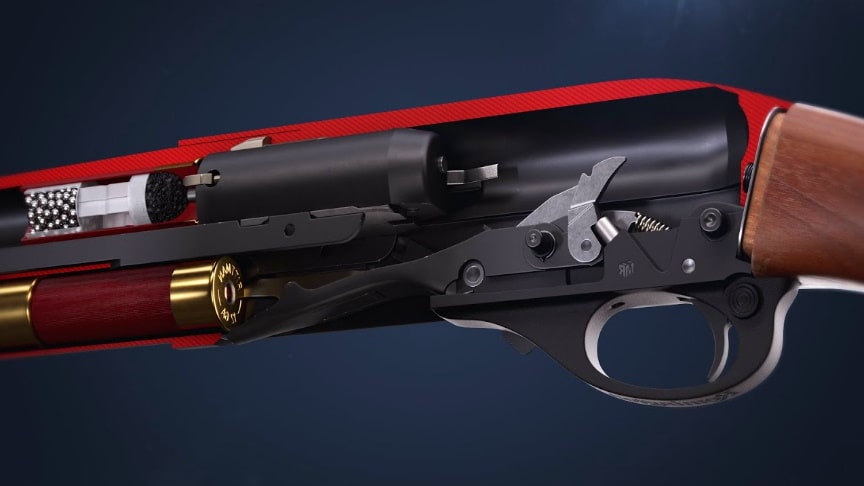 It’s not uncommon to see extra ammunition stored in externally mounted “shell holder” racks (usually as “sidesaddle” on one side of the receiver, or on the buttstock) for quick on-field reloading. The shells are chambered and extracted by pulling/pushing the sliding fore-end enveloping the tubular magazine toward the user.Nearly all pump-actions use a back-and-forward motion of the forend to cycle the action.

The forend is connected to the bolt by one or two bars; two bars are considered more reliable because it provides symmetric forces on the bolt and pump and reduces the chances of binding. The motion of the bolt back and forth in a tubular magazine model will also operate the elevator, which lifts the shells from the level of the magazine to the level of the barrel.

After firing a round, the bolt is unlocked and the forend is free to move. The shooter pulls back on the forend to begin the operating cycle. The bolt unlocks and begins to move to the rear, which extracts and ejects the empty shell from the chamber, cocks the hammer, and begins to load the new shell. In a tubular magazine design, as the bolt moves rearwards, a single shell is released from the magazine, and is pushed backwards to come to rest on the elevator.//wikipedia