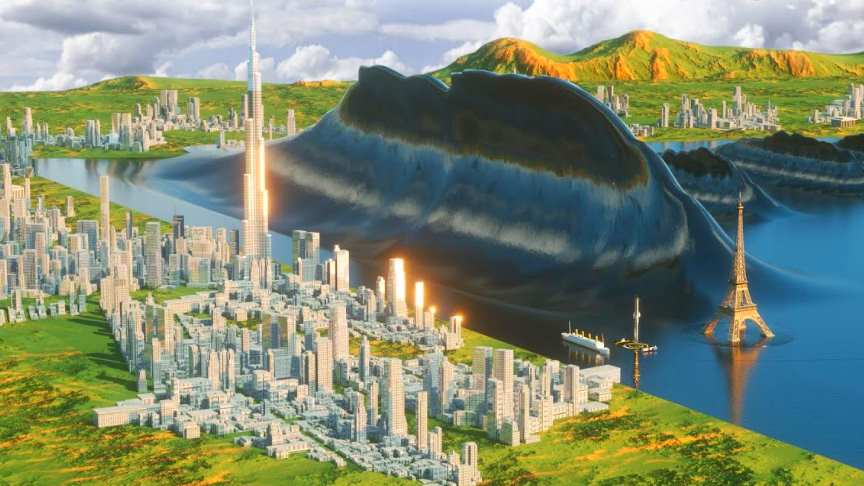 In this video we compare the sizes of Tsunamis and MEGA Tsunamis from the smallest Wave to the Biggest Tsunami. Starting from the deadlisht tsunami like indian Ocean Tsunami that claimed over 200K Lives etc..There are mansions on the side for comparison. i hope you like it!

Tsunami waves do not resemble normal undersea currents or sea waves because their wavelength is far longer.Rather than appearing as a breaking wave, a tsunami may instead initially resemble a rapidly rising tide.

For this reason, it is often referred to as a tidal wave, although this usage is not favoured by the scientific community because it might give the false impression of a causal relationship between tides and tsunamis.Tsunamis generally consist of a series of waves, with periods ranging from minutes to hours, arriving in a so-called “wave train.” Wave heights of tens of metres can be generated by large events. via: wikipedia