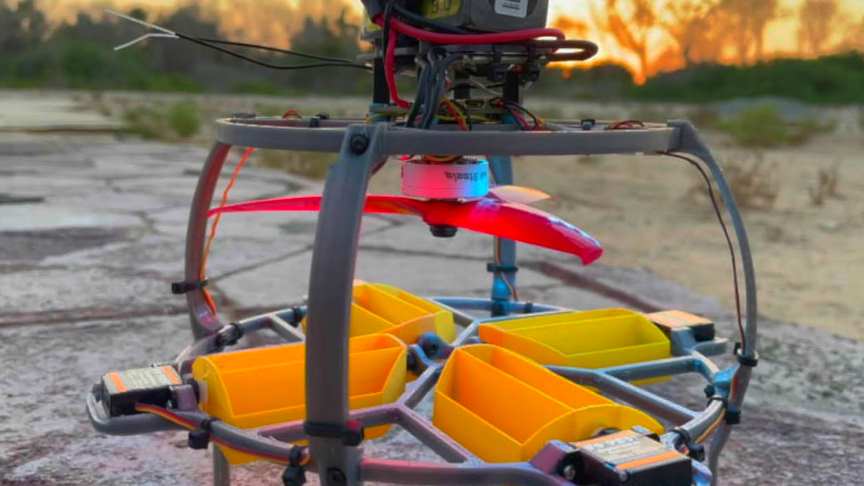 This project shows a complete 3D designed and printed single rotor drone as a full remake of the previous “Ball-Drone” Projekt.

The special design with only one rotor and air vanes for position control make this project particularly interesting in the area of drones.

Common RC components like radio receiver, lipo battery, ESC, motor, propeller, servos were used. In addition to drastic changes to the design itself, a commercial flight controller is now also used. Setting up Betaflight is just as important as a lot of background information and links on the topic itself.via/read more: hackaday