I try and burn a Model rocket engine submerged in liquid nitrogen to see what’s going to happen, also filming with a 4k high speed ( slow motion ) camera it should yield some interesting results. 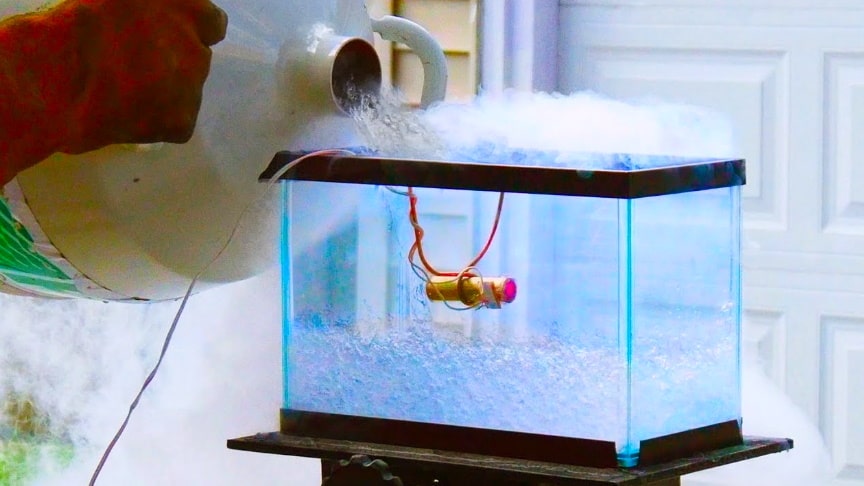 Model rockets are cool and in this case very cool, -320 °F cool, How does this work ?, lets find out.I build a couple different rigs to see if I can get a clear view of the engine for our high speed camera and see what the high speed footage reveals.

Watching the video experiment from Warped Perception you’re going to see something another that is sparked by curiosity.The rocket engine can fire underwater or even in liquid nitrogen because it makes its own oxygen.

The precise mixture of chemicals means that a rocket engine will burn exactly the same anywhere, even in the vacuum of space.In this video, you won`t witness one awesome explosion, but two, making it a really exceptional video.The sudden force of the model rocket`s ejection charge was proved to be too much./Warped Perception