In the desert of Joshua Tree, Bobby Furst’s home/studio/compound is an artistic wonderland built from 4 Quonset huts, 3 Airstream trailers and a shipping container. 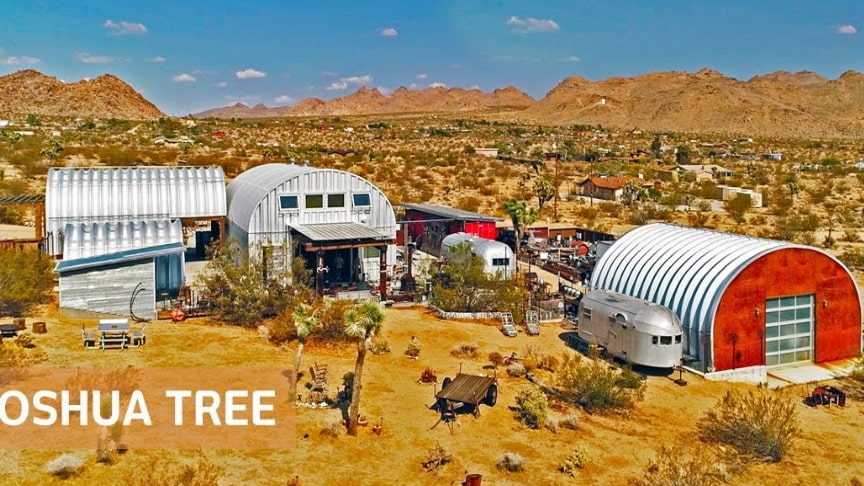 When Furst left LA for the desert he erected one two-story 50′ by 30′ Quonset hut with a lofted bedroom and industrial kitchen and bathroom. Watch the video from Kirsten Dirksen for more info:

As his first build became more a theater/concert space, First bought another kit and erected a second, third and fourth unit.

Using just a friend or two and the help of a Genie Lift, he erected the buildings arch by arch with just the simple bolt technology.Kirsten Dirksen