The Ferrari Sergio is one of the rarest models they have ever made, it was the last production Ferrari with a naturally aspirated V8, and one of the last ever Pininfarina Ferrari designs. Join me at The Barn Miami to discover this stunning example and experience a first drive! 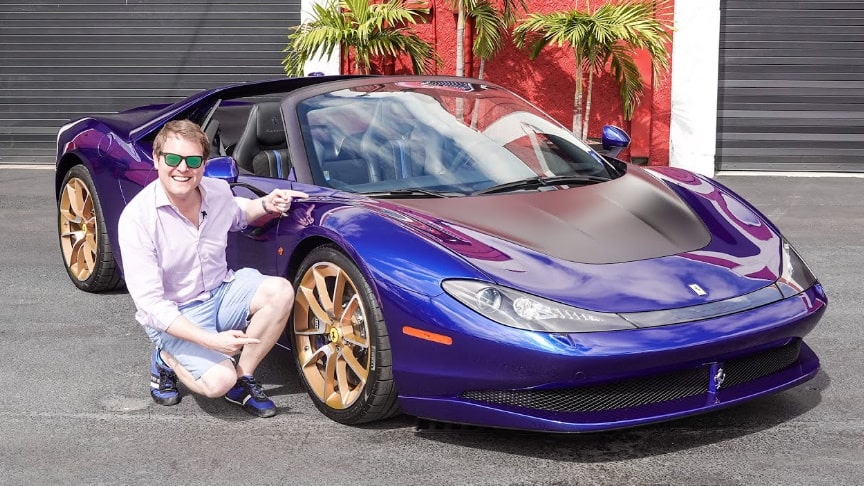 Originally launched as a concept with no windshield based on a 458 Spider, back in 2013, the production model changed up to effectively being based on the 458 Speciale A and although introducing a windshield it remains a permanent barchetta. That means the engine is the 4.5l NA V8 producing 605hp, through a 7 speed dual clutch, and one of the most revered engine sounds, especially as it revs up to 9,000rpm.

The Barn Miami features an eclectic mix of cars on display. Lead by @Gaston Rossato and Renzo Rossatto, it’s very much a center for collectors cars from the likes of the 80s Range Rover and Beetle Jolly, to super limited and rare cars like the Sergio and manual 575 Super America, low mileage Pantera, and some incredible classics and recreations.

Of the 6 Sergio models that were produced; there are 3 in the USA (silver, dark red and blue), a red one in Abu Dhabi, yellow one in the Netherlands, and the one I haven’t seen is a red car in Japan.//Shmee150