In this video I stop by Steve Holcomb Pro Auto Custom Interiors just as they are finishing up this 1970 Dodge Coronet Twin Turbo HEMI Street Machine.It’s blacked out and the black paint is deep.There has been some fabrication work done to the body.Nothing that takes away from the cool of a 1970 Dodge Coronet. 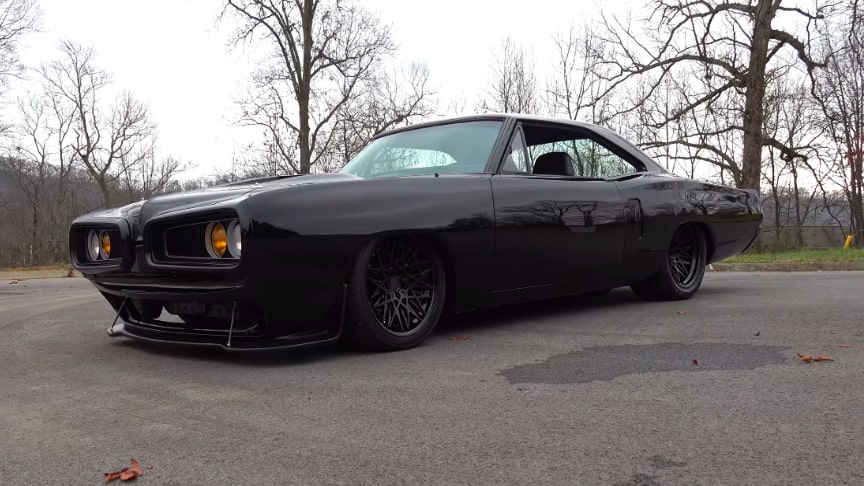 Just adds some aggressiveness to it!.It all works well for Me. The custom interior that Pro Auto Custom Interiors built is covered in black leather and very fitting for this build. They removed the backseat and now have hidden storage where the seat bottoms used to be and hidden stereo equipment where the seat back would be.

No one uses the backseat in a build like this and now that it is a two seater.It’s just You and Your Girl cruising around.No annoying third wheel. Speaking of wheels.No one set will please everyone.I dig the ones they chose to run on this 1970 Dodge Coronet.The stance is nailed also!.

Under the hood is a Twin Turbo 5.7 HEMI.You can never go wrong with a setup like that.Very cool for sure.The underside of the car is just as nice as the top and set up to drive.One very cool 1970 Dodge Coronet Twin Turbo Street Machine from Steve Holcomb Pro Auto Custom Interiors./ScottieDTV