Set to compete in one of the world’s toughest Rally races, meet the RS Q e-tron*. Our main protagonist for the Dakar Rally 2022, this alternative race car concept is the apex of collaboration between Audi Design and Audi engineers. Created to challenge the limits and born to perform, this is the start of our Road to Dakar. This vehicle is the Rally Dakar race car that is not available as a production model for the road. 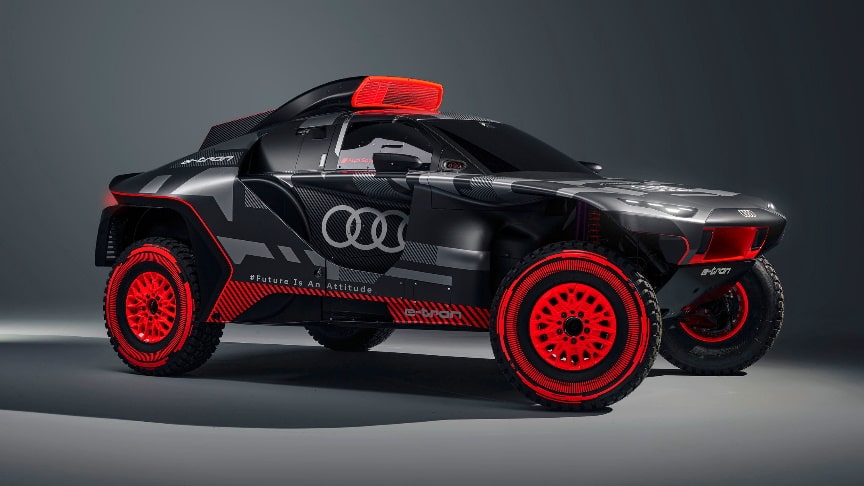 On board of the Audi RS Q e-tron, there is the highly efficient TFSI engine from the DTM. It is part of an energy converter that charges the high-voltage battery while driving. Since the combustion engine is operated in the particularly efficient range of between 4,500 and 6,000 rpm, the specific consumption is well below 200 grams per kWh.

The drivetrain of the Audi RS Q e-tron is electric. The front and rear axles are both fitted with a motor-generator unit (MGU) from the current Audi e-tron FE07 Formula E car which has been developed by Audi Sport for the 2021 season.

According to Audi, the total system output is 671 horsepower, although that could end up being restricted by regulations.Three RS Q e-trons will compete in the demanding event in January. The battery weighs about 370 kilograms and has a capacity of around 50 kWh./Audi