There is no doubt that the Boeing 747 in its various configurations has been one of the most successful and well-known aircraft designs in commercial aviation.But Boeing is not just a commercial aircraft manufacturer – it’s long been in the business of military aircraft too. The configuration inside the 747 would be as straightforward as the overall design concept. It would be based on the 747-200C, which was a nose-loading cargo derivative of the famous airline. 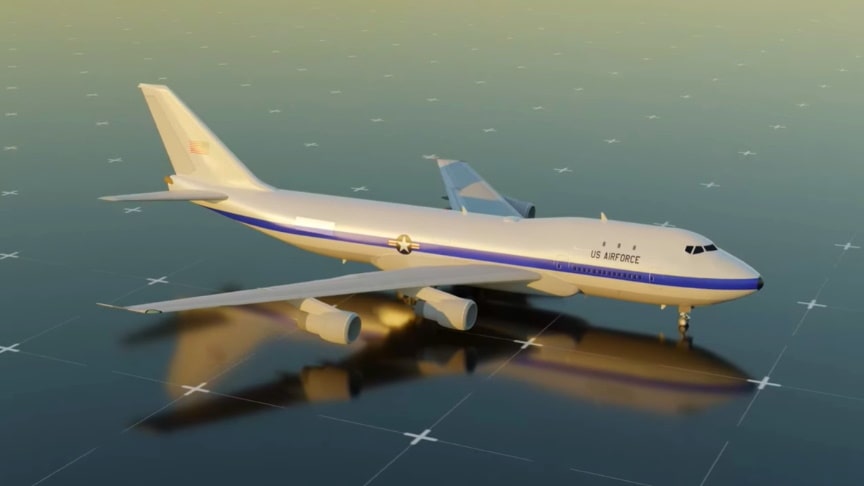 The cargo hold would house nine rotary launchers mounted on tracks in the interior of the stripped-out cabin. Each rotary launcher would contain eight missiles, with each missile sliding back into a launch position at the rear right of the aircraft. This would be achieved with the aid of an overhead handling system. Watch the video from Found And Explained:

As for how the missiles would launch, this would be via a bay door at the right of the 747’s tail cone. When needed, this bay door would open and an ejector system would punch the missiles out into the air stream. Missiles could be ejected either one at a time in either direction or they could be ejected out in rapid-fire succession.

Flight International has stated that Boeing also proposed both the 747-200F and the 747SP as potential cruise-missile carriers. The 747-200F would have had a maximum missile capacity of 72 missiles, whilst the smaller 747SP could have carried 48 missiles./Found And Explained