MEET an ultimate lowrider – The Krew Kut – that has been customised from a regular ’92 crew cab Chevy Dually. David, from Lake Mary, Florida, has dreamt of owning a lowrider since he saw the vehicle for the first time at the age of 19. 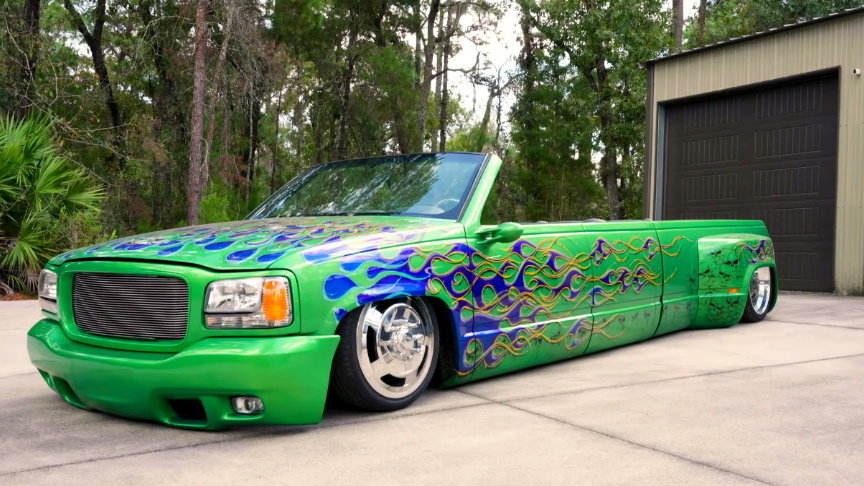 He said: “It was one of the very first, if not the first, what we call a body-drop, Dually, where they cut out the floor and drop the body over the frame, which was back in ’98, ’99.” Whilst still retaining its ‘90s looks, the Krew Kut has been brought fully up to date with upgraded hydraulics, a powerful new engine and an interior revamp.

The vehicle has an Escalade front clip with a custom bumper that’s been sectioned and shortened, it has got an iconic timeless paint scheme, a custom ‘House of Kolor’ green with flames, custom mirrors, and a suicide door – hinged at its rear rather than the front.

The car has a Katech Performance 496 LSX engine, weighs 3,100lbs, has 616 horsepower, and 4L80E SS performance transmission. It may be more than 20 years old now, but for David, his ride is still way ahead of the game. The car is so impressive that it turns heads wherever David drives it./Barcroft Cars