A 3,000 horsepower, 200 miles per hour on WATER. At the 2016 UAW-GM Spirit of Detroit HydroFest, these hydroplane boats have turbine engines from a Chinook Helicopter, and it is just spectacular what they can do. 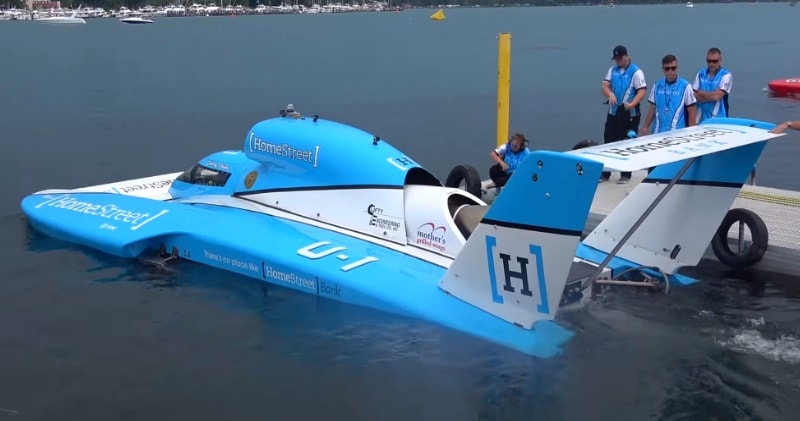 Reaching 200 mph on the water, these guys are nothing short of insane as they blast around turns, showing that they’re willing to put everything on the line as they come inches from destruction./DtRockstar1

These are some seriously fast jet boats., they barely touch the water when they’re up at speed, the hull design means they’re lifted almost entirely up and out and only have their engines submerged.

That means steering is complicated and, of course, that crashes happen.Comparisons to Formula 1 racing are bound to be drawn. An F1 car’s top speed is about 220mph.The difference, apart from the obvious, is that there’s way more crashing in the former.