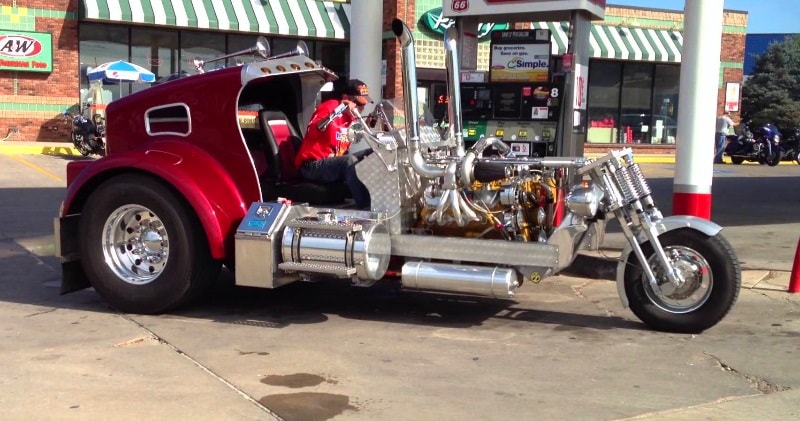 Build by Walt Moss, the body is aKenworth T800 hood that is reversed and modified and real truck rear end with truck 11R22.5 tires. It took 9 months to build.

The video we now present you demonstrates an amazing piece of art, in which a unique form, an advanced functionality and an insane power are combined successfully and astonishingly.