The main subject of ARQUUS Technodays was the Scarabee, a light armored diesel-electric hybrid vehicle that is still in the demonstrator stage, as it combines innovations to validate one after the other. The scale model of the vehicle had been revealed confidentially to a limited number of privileged people at Eurosatory 2018. 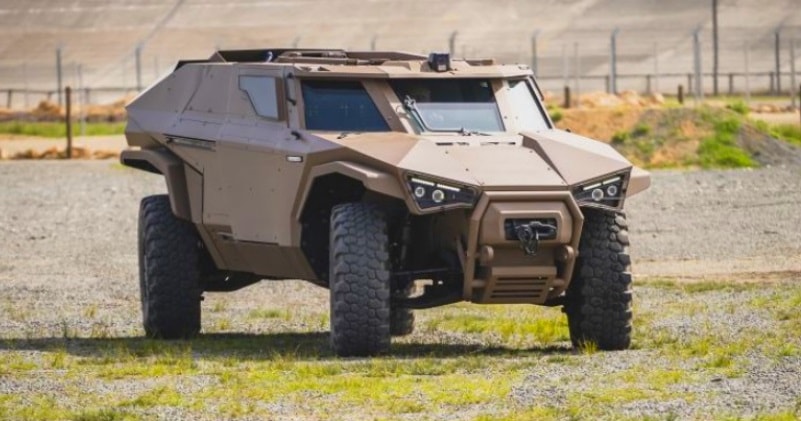 The Arquus Scarabee has two engines (one electric, one diesel), is remotely-controllable, and is able to carry over two tons of equipment.Both engines are in the back. The diesel engine can go for up to 620 miles, while the electric motor, powered by two batteries set underneath the body to provide additional protection from mines would last about six miles.

The limited front overhang helping in that, a feature also allowing ingress and egress angles on vertical obstacles of around 70°.

However the most appalling view is when both axles are steered the same way, the Scarabee moving diagonally like a crab.Its back wheels can be turned independently of its front wheels, allowing it to perform maneuvers physically impossible for other vehicles like it.