The Hildebrand & Wolfmüller was the world’s first production motorcycle.Heinrich and Wilhelm Hildebrand were steam-engine engineers before they teamed up with Alois Wolfmüller to produce their internal combustion Motorrad in Munich in 1894. 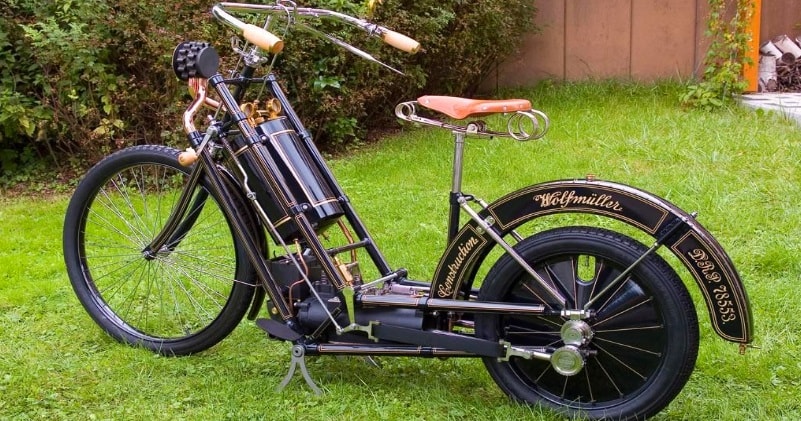 The engine, which was positioned flat in the frame, used hot tube ignition with the tube heater in front of the cylinder heads.The water-cooled engine powered the rear wheel directly, in the manner of a steam engine, and the rear mudguard served as a reservoir for evaporative cooling.

A surface carburettor provided for mixture, the exhaust control was from the rear wheel, the inlet tract via a flutter valve. Adjustable rubber bands support the concentricity of the engine.The pneumatic tyres were another first.