A RENOWNED car customiser has taken a standard Mini and cut it down to an even more ‘mini’ size. With its 1300CC engine, it is so small that it’s even able to do a wheelie when driven in reverse gear!/Barcroft Cars 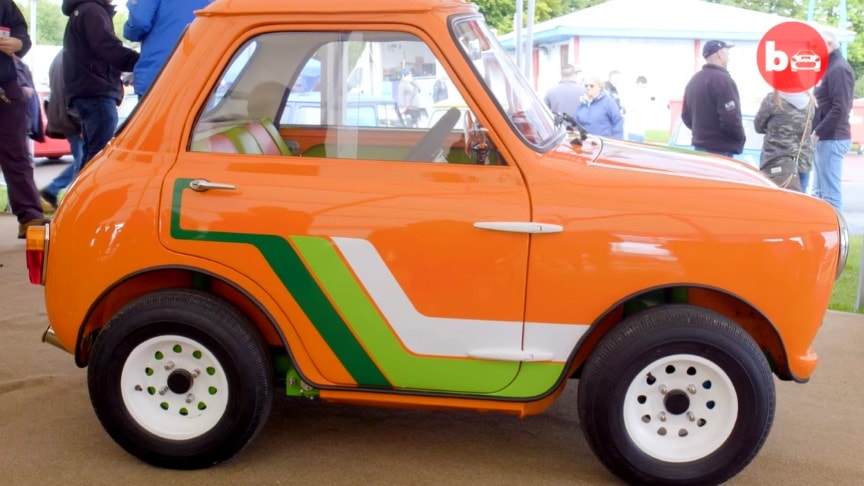 Customizer Andy Saunders told BTV: “I did the original build with Mini Ha Ha back in 1983, people thought I was nuts.” The Mini Ha Ha is one of the first and best-known creations by the famed independent car designer and customizer.//Barcroft Cars

“The idea came about when I was at school, there was a group of four or five of us and we were all into cars and I just knew that this had to be built,” remembers Saunders.

The car was subsequently sold to a museum, before falling into disrepair. It then fell into the hands of car restorer Andy Shaw who has painstakingly restored it to its former glories.////Barcroft Cars