Transformers are electrical devices consisting of two or more coils of wire used to transfer electrical energy by means of a changing magnetic field.A varying current in one coil of the transformer produces a varying magnetic flux, which, in turn, induces a varying electromotive force across a second coil wound around the same core./wikipedia 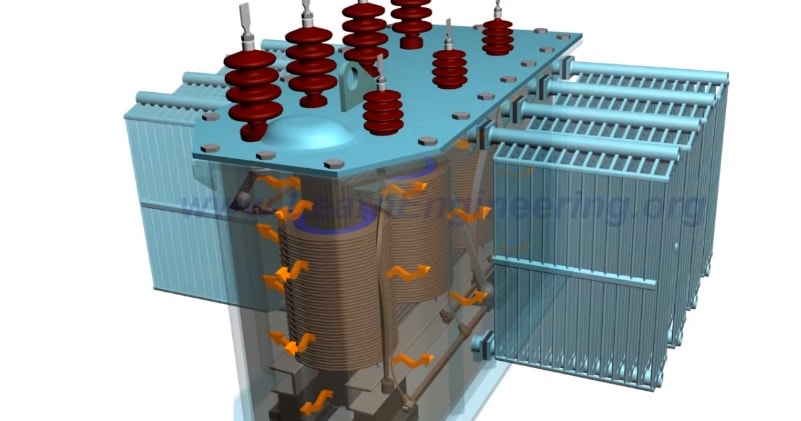 Transformers are used for increasing or decreasing the alternating voltages in electric power applications, and for coupling the stages of signal processing circuits.

Electrical energy can be transferred between the two coils, without a metallic connection between the two circuits.Faraday’s law of induction discovered in 1831 described the induced voltage effect in any coil due to changing magnetic flux encircled by the coil.