Prodrone Co., Ltd. is pleased to announce it has developed the PD6B-AW-ARM, a large-format drone equipped with two internally-developed robotic arms, enabling it to directly accomplish a variety of tasks. The PD6B-AW-ARM is based on PRODRONE’s large capacity PD6B-AW airframe, which has a maximum payload of 20kg. 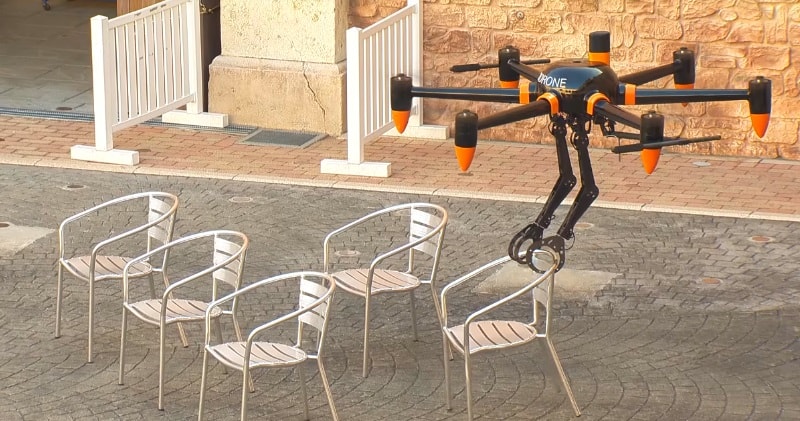 For the new model the company’s development team designed, produced and attached two high-performance, completely original 5-axis robotic arms. The drone can lift objects and can even come to rest perched on a fence or railing, a feature that could be used for recharging while in flight.

They give the drone versatility to perform across a wide range of situations. The robot arms can carry a maximum payload of approximately 10 kg, and with flight time of up to 30 minutes, this drone can also excel at longer tasks.

The PD6B-AW-ARM has the abilities to grasp and carry differently shaped cargo using its arms; to attach or join things; to cut cables; to turn dials; to flick switches; to drop lifesaving buoys; to retrieve hazardous materials, etc. Drones must be able to perform a variety of operations at high altitudes, over long distances, and in places where it would be too dangerous for humans.