This is a robot that automatically lays a bridge that it can then cross. It’s an incredible and intricate dance. Of course, machines like this exist in full scale.This is a fully automated LEGO bridge layer using two MINDSTORMS NXT 2.0 microcomputers communicating via Bluetooth. 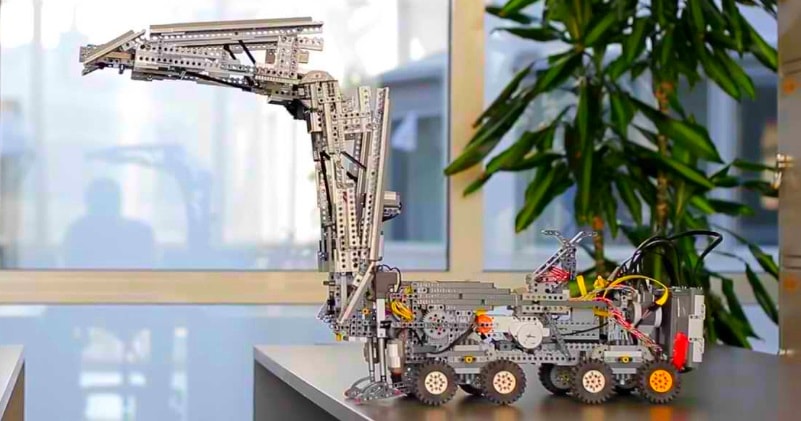 The Bridge Layer is some sort of truck that carries a folded up bridge. When it comes across a gap it can unfold the bridge, and travel over the gap. Once across, the truck then picks up the bridge, folds it up, and moves on.

It uses six different sensors to do the job. Two of these are ultrasonic, two are touch sensors, and then the last two are color sensors. With a bit of clever programming and the right hardware, it’s almost like magic.//Digsys II HIOA