The Hanriot HD.1 was a French World War I single-seat fighter aircraft. Rejected for service with French squadrons in favour of the SPAD S.7. 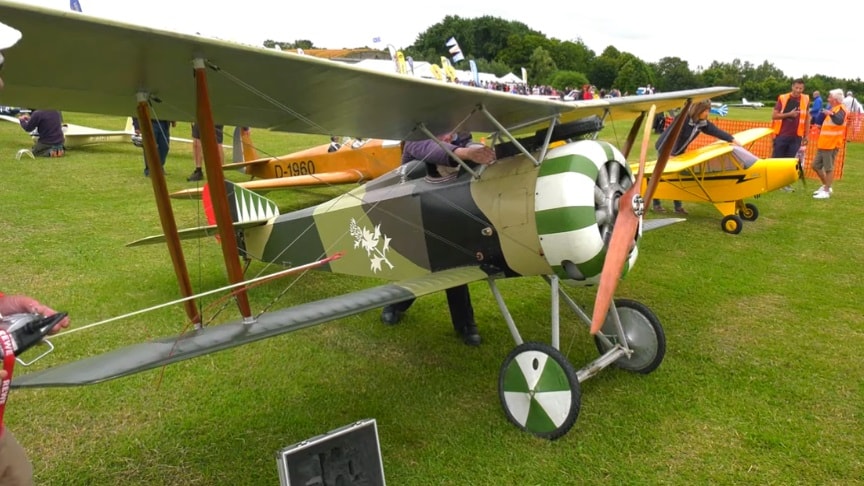 The type was supplied to the Belgian and the Italian air forces, with whom it proved highly successful. Of a total of about 1,200 examples built, 831 were produced by Italian companies under licence.

This beautiful radio controlled replica of the Hanriot HD.1 was built and flown at LMA Cosford Show by Ian Turney.The plane is Powered by a 425cc JPX engine, the 19-foot-span scratch-built biplane weighs in at 195 pounds.

The type was a conventional fighter with the general characteristics of a typical Sopwith type, being strongly but lightly built, and combining clean lines with a light wing loading. In particular, it used the same “W” cabane strut arrangement as the Sopwith two-seater. It had a flat lower wing, though the top wing had quite sharp dihedral.