CAR ENTHUSIAST John Ortlieb, from Nevada, is the proud owner of not one, but two ‘Boaterhomes’ – a spectacular half boat, half van hybrid. John inherited one from his father and purchased the second nearly ten years ago. 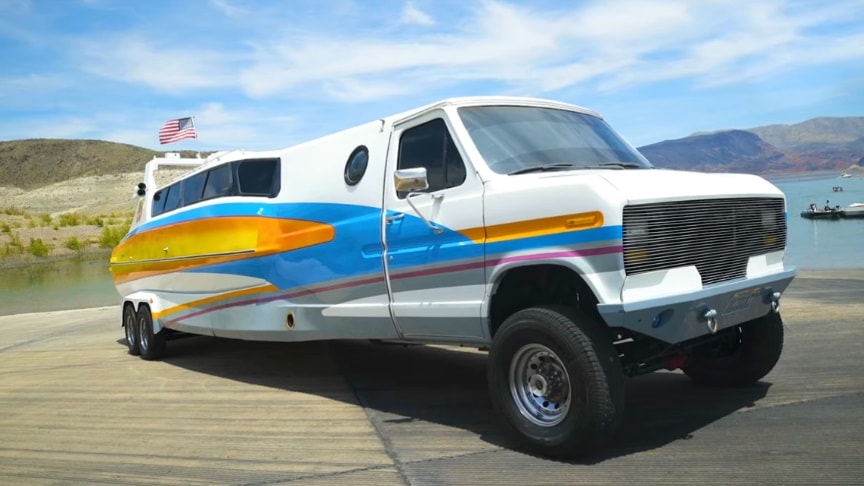 His father’s, which stands at 36 feet-long, can travel up to 40mph on water and over 100mph on land. Only 21 of these unique vehicles exist, and John’s, built in the eighties was based on a Ford Econoline Van./Barcroft Cars

The vehicle consists of a 1986 Ford E-Series van, while the rear is a 28-foot power boat that contains living quarters for both land and water use.

The limited-edition hybrid is not just used as a boat, home and vehicle, but also as a unique party venue that you can often see cruising down the Las Vegas strip.