The Opensky M-02J, a Japanese-made, jet-powered glider that might make your dreams come true, inspired by the Möwe aircraft flown by the protagonist in the Hayao Miyazaki anime Nausicaä of the Valley of the Wind. 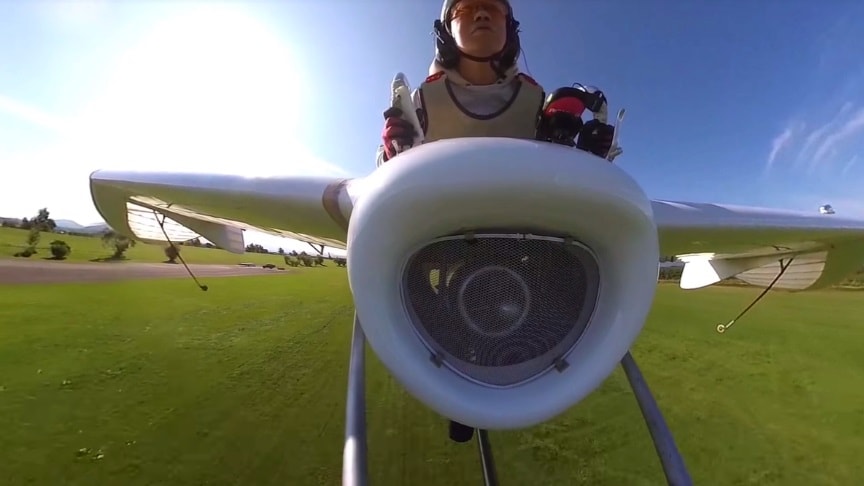 Hachiya’s craft dubbed the M-02J features a custom-built jet-powered engine,though there is no world on any other difference since its predecessor the M-O2, which had a 9.6 m wingspan and a 267cm fuselage, weighed 66kg and featured an airframe of fiber-reinforced plastic and wood.

Offering up accommodations for just a single individual,this glider is basically a pair of wings with a single center-mounted engine, which the pilot appears to mount in a prone position.

The whole thing is over 30 feet wide and nearly seven feet long, and offers a top speed of 124 mph (although the recommended cruising speed is between 31 and 56 mph). Flight times vary, but average around 15 minutes.