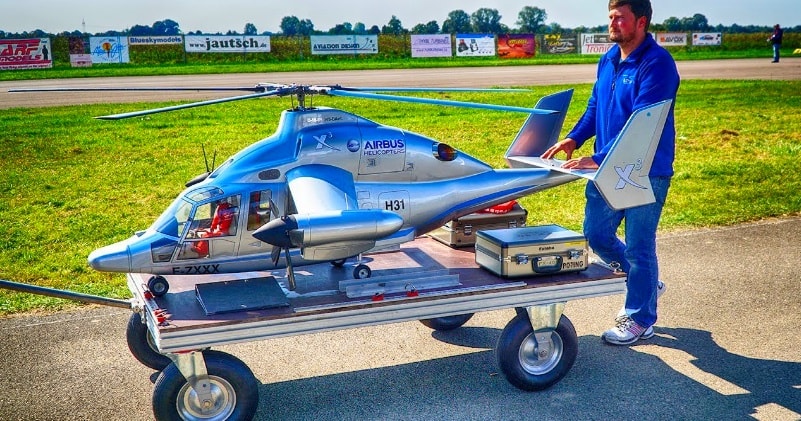 The Eurocopter’s X3 hybrid helicopter combines the full hover flight capabilities of a helicopter with the fast cruise speeds of a turboprop-powered aircraft by basically installing two propellers on short-span fixed wings to supplement the helicopter’s five-blade main rotor system.video by: DIGITAL RC

This giant model RC Airbus Helicopter Eurocopter X3 is a scale of 1:4,5 with a rotor diameter of 2.5m and a length of a 2.5m it weights 35gk. It is a hybrid powered with Jakadofsky Pro 6000 turbine + 2x Turboprop (electrical).

The fastest RC helicopter was considered to be the Eurocopter X3 which was then able to reach 293 mph in level flight.