Presented by a company called Skeletonics Inc the Skeletonics suit is a mechanical exoskeleton that mimics your movement without a battery or motors. It has a mechanical master-slave system to let you walk, stretch its arms, and perform other dynamic moves. 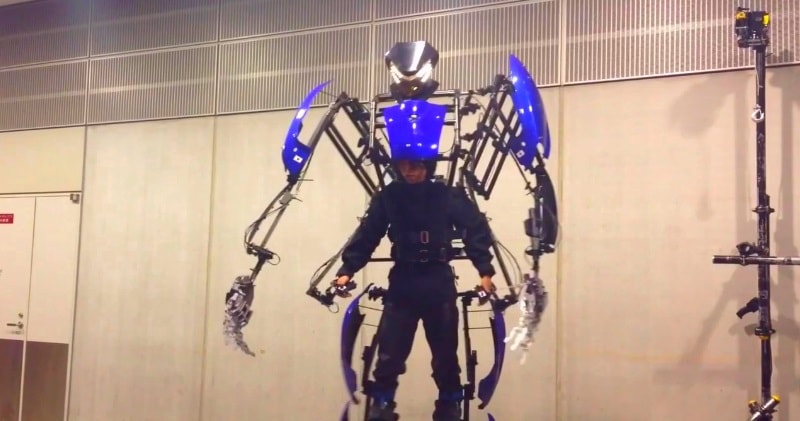 Operating the 2.6-meter-tall Skeletonics contraption is as simple as climbing into its metal frame and moving your own arms and legs.Just like an extension of the human body, the whole structure moves and responds to natural body movement and energy.

Video taken at the Maker Faire in Japan. The event brings inventors together to show off their creations.Sometimes you see some of the coolest stuff! This exoskeleton is developed by a company called Skeletonics. It does not use any batteries or motors – it is simply all mechanics.

Requiring no electricity, it also offers no boost to the wearer’s strength or speed, and isn’t likely to become a feature of nursing care or disaster relief efforts anytime soon.The robots are available to rent, or to buy for the low, low price of $49,800.