The Eurocopter EC135 is a twin-engine civil helicopter produced by Airbus Helicopters formerly known as Eurocopter.It is capable of flight under instrument flight rules (IFR) and is outfitted with digital flight controls. 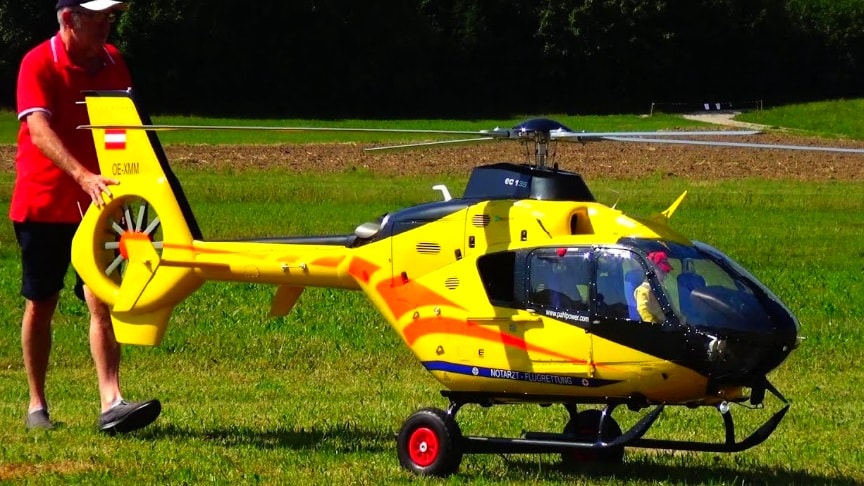 RC turbine helicopters are actually not very different from gas or nitro RC helis with the exception of size and cost.Fantastic that is a huge EC-135 RC turbine Model with 3,20 Rotor from Gerhard Pahl from Pahl-Turbine he build Turbines for RC Models.

The EC-135 really impresses with the highly detailed and accurately scaled down profile.The scale model has an 3.2 meters rotor diameter, and weighs 50 kilograms (approximately 108 pounds).

From tip-to-tail this RC EC-135 displays an accuracy of detail to the real aircraft not normally seen in the RC helicopter hobby.The turbine engine fascinates by the smell of kerosene, a gently starting rotor, accompanied by the unmistakable sound of a turbine.