This RC helicopter is a scale model of a Russian Mi-24 chopper, a monstrous beast that’s 55 feet long.The scale version looks about 1/8th the size. 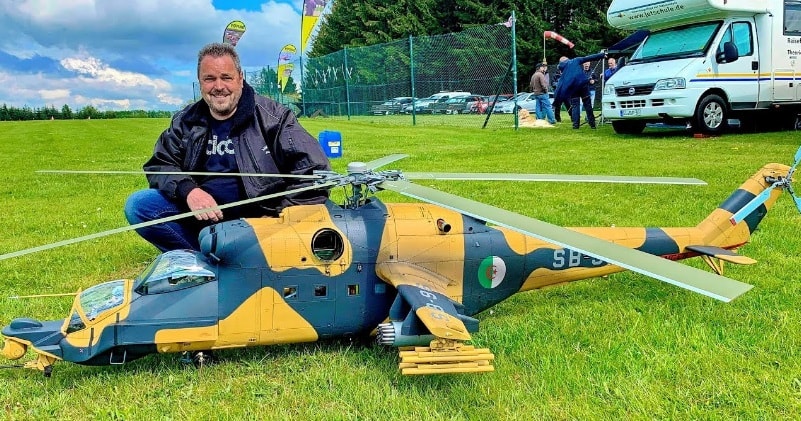 We don’t really know anything about the giant “toy” helicopter, except the model it’s based on, but the video below shows that it really works.

The Mi-24 can accommodate and transport 8 fully supplied soldiers to frontlines by suppressing tanks and anti-aircraft artillery on ground.

All aspects of the Mi-24 including the distinct round tandem cockpit and large cabin area have been richly reproduced. Providing the model with a sharp finish are parts to depict the rocket pods and anti-tank missiles.