A Huge RC Scale Turbine Model Jet Lockheed Starfighter F-104 Turbine model Jet, over 3,5 meter long.This aircraft is quite a surprise at the flying field because it flies much more stable than it appears it can. 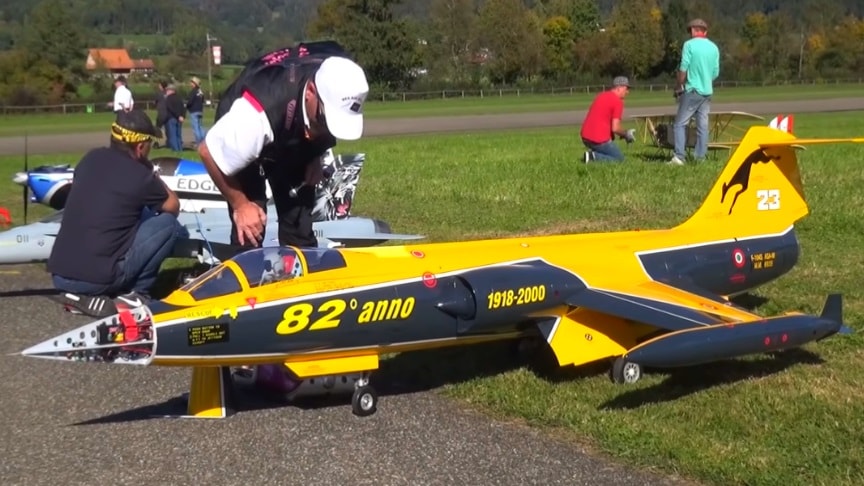 Despite its tiny wings, the F-104G Starfighter is remarkably easy to fly. The big size and the modified airfoil give this spectacular model an unprecedented stability and realism.

The key to its performance is its very low weight, optimized airfoil, and economical power system. The airplane can reach top speeds of 90mph, land at 20mph, and fly for four minutes with mixed throttle, while still including the creature comforts we’ve come to expect from Freewing jets like standard flaps and electric retracts.