Numbers 23-24 Leinster Gardens in London are fake – they’re just a front facade with no house behind them. So why?The street’s listed building middle section has two false houses. These are façades built to match their neighbour. 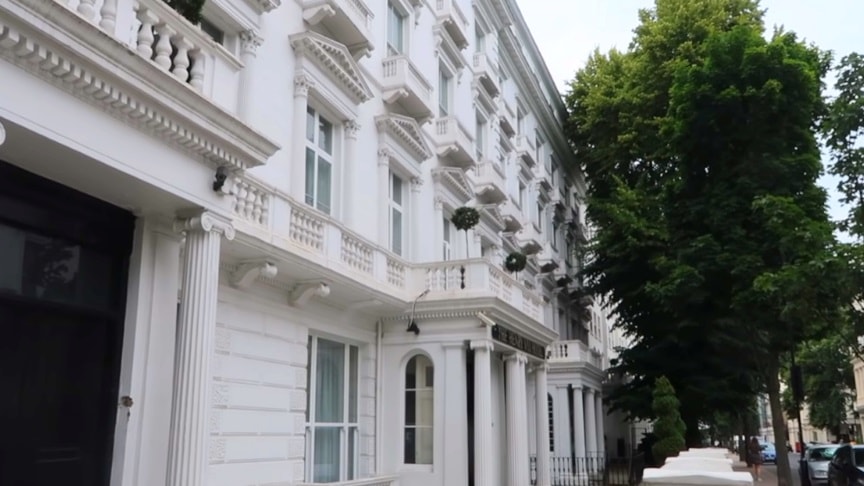 They are maintained by Transport for London. The false houses — numbers 23 and 24 — have no rooms behind and were later than their neighbours built in the late 1850s. Their building accompanied the 1860s building of what was a steam engine-hauled tube line, the Metropolitan Railway.

The false houses hide a very short area of tracks which are uncovered.The result is the illusion of unbroken terraced row of houses (or perhaps homes as the terraces are mainly internally divided into apartments) between 22 and 25.Before electrification the locomotives serving the London Tube were fitted with condensers to reduce the furnaces’ carboniferous smoke.

Drivers vented off accumulated smoke and condensation in open-air sections.In this upmarket area, the railway company hid this unsightly necessity from residents using the present false façades and front approaches including trees incorporated into the prestigious terrace.The façade is 5 feet (1.5 m) thick, behind which is a ground-level opening of the rail line. The façade includes 18 dark-greyed windows and front doors with no letter boxes.