The Dino robot is designed to make vegetable weeding on large-scale vegetable farms easier. Its main asset is that it works autonomously, so you have more time for tasks with higher added value. 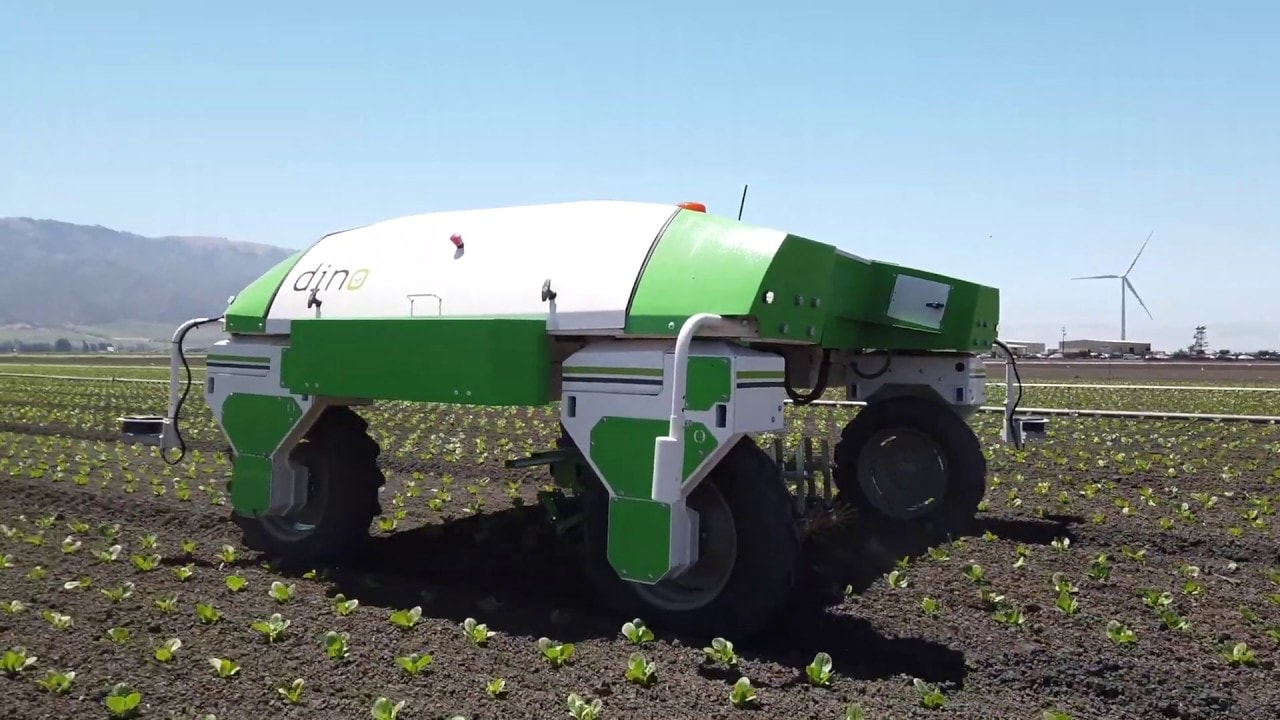 Dino is the first entirely autonomous electric robot to mechanically weed vegetable crops. The robot is designed by Naïo Technologies and has been on the market since early 2017. Today, more than 20 robots now weed our customers’ and partners’ vegetable fields in France and in Europe. 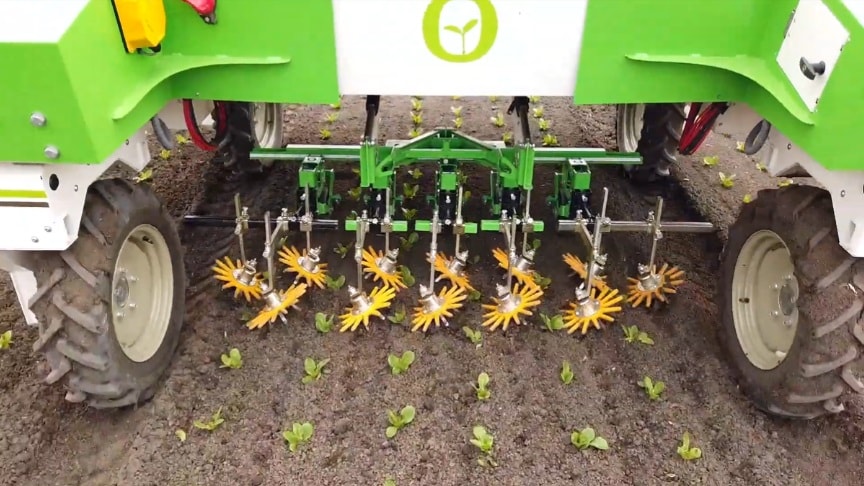 It can cover 12 acres in 9 hours. It uses GPS and camera to complete the job with accuracy. It is electric and can be put on a schedule.The robot autonomously guides itself around vegetable plots thanks to its RTK GPS system.

It’s also equipped with a set of cameras that detect lettuce rows and accurately guide the robot’s weeding tools as close as possible to the crops.

The Dino weeding robot allows vegetable farmers to manage crop weeding with a high level of precision, while helping them save time all through the season.Dino is highly effective to weed vegetables that are grown in the field, both in raised vegetable beds and in rows, such as lettuce, carrots, onions…