A model that has been around for over a decade, but has had only very few flights on it. Previously owned by Victor Calvo, its new owner MalagaJets asked me to setup and test fly this beast! 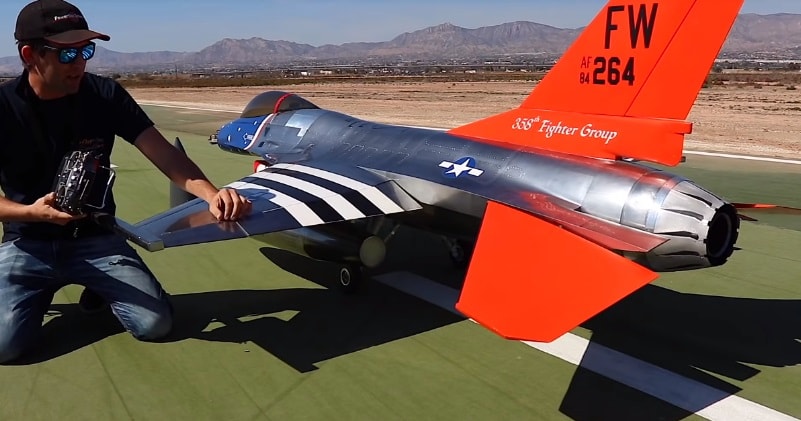 At just under 4m length and I am told around 50-60kg in weight this is a big one! There is not so much specification described for this Rc F16 airplane, but its clear that the airplane its powered by a powerful jet engine.Watch the video from Martin Pickering for more info:

Like the full-scale airshow thriller, this F-16 has an incredibly wide flight performance envelope—from slow and stable high-alpha flight to amazing high-speed and vertical capabilities.

This RC F-16 is equipped with strengthened retractable landing gears, that ensure a smoother takeoff and landing experienceThe F-16C is a single-engine multirole fighter aircraft originally developed for the United States Air Force (USAF). Designed as an air superiority day fighter, it evolved into a successful all-weather multirole aircraft.