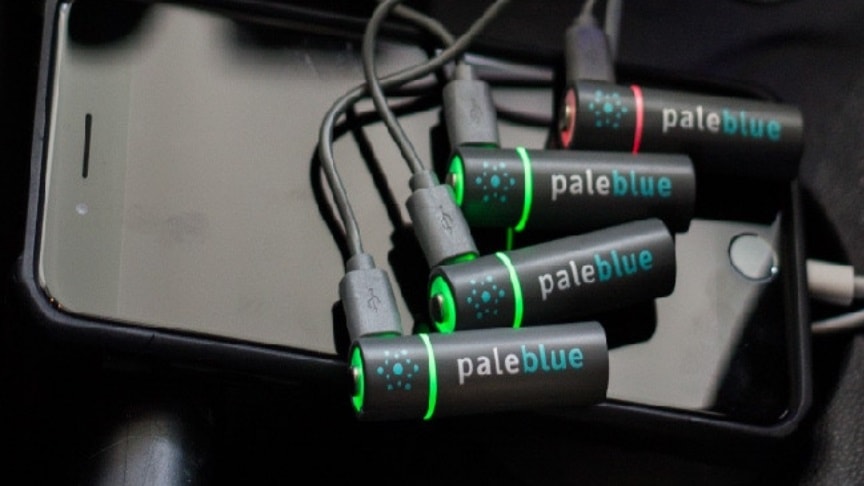 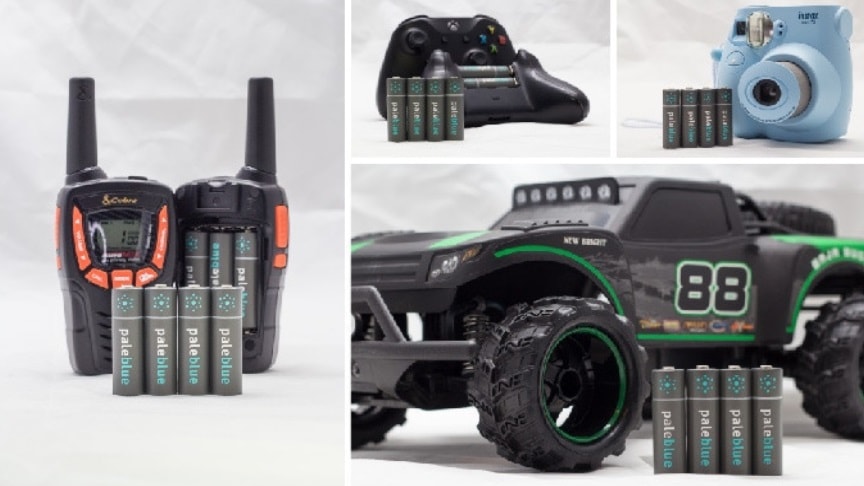 It’s so fast it will charge a AA in under 2 hours and a AAA in under 1 hour. Better yet, a single Pale Blue rechargeable will replace 1000+ alkaline disposables.To make it easier to recharge multiple batteries, PaleBlue includes a USB to 4-Micro USB cable with each set of 4 AA or 4 AAA Pale Blue batteries.

The LED on each battery glows red during charging and then turns to green when the battery is fully charged.Simply plug your Pale Blue in with any micro USB cable or use our included cable to charge four batteries at once. 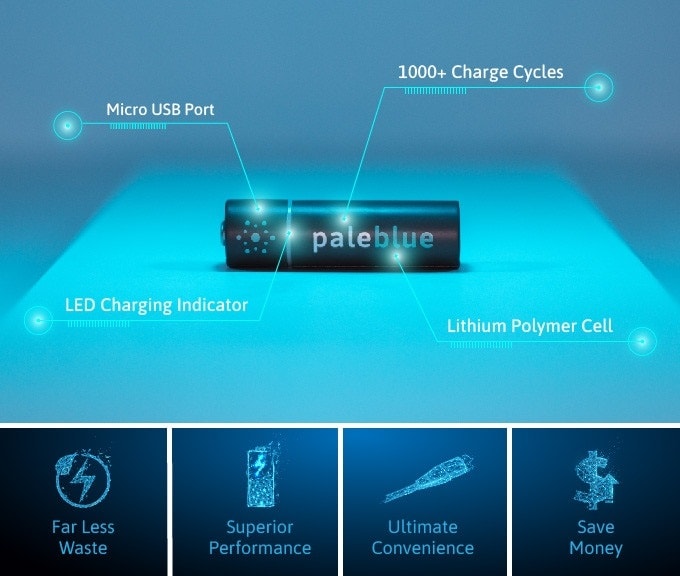 The LED charge indicator will turn green when you are good to go.Power up quickly when you are on the go, at work, home or traveling. Charging times are surprisingly fast.And, each battery gives you over 1,000 charge cycles, replacing up to 4,000 alkaline batteries.