University of Utah biomedical engineering assistant professor Robby Bowles and his team have developed a method to 3-D-print cells to produce human tissue such as ligaments and tendons, a process that will greatly improve a patient’s recovery. 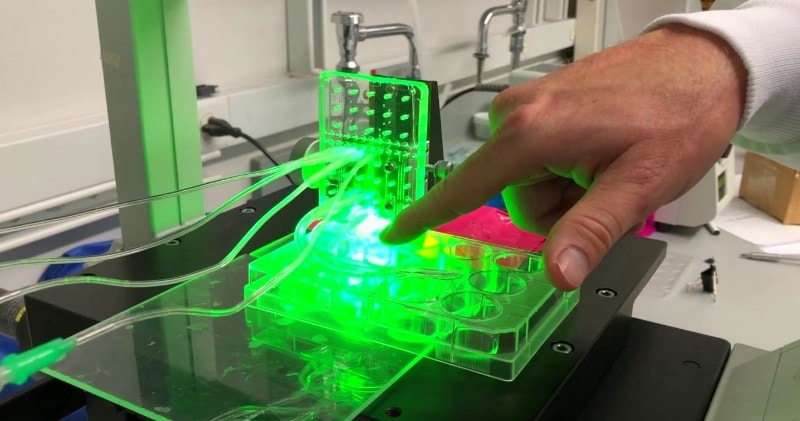 A person with a badly damaged ligament, tendon, or ruptured disc could simply have new replacement tissue printed and ultimately implanted in the damaged area.via: Utah COE

The 3-D-printing method, which took two years to research, involves taking stem cells from the patient’s own body fat and printing them on a layer of hydrogel to form a tendon or ligament which would later grow in vitro in a culture before being implanted.

This method takes stem cells from the person’s body fat tissue which is then 3D printed to a collagen gel which in turn grows into a ligament or a tendon after incubation. Then this tissues can then integrate into the body after a surgeon sets them./Utah COE | University of Utah.