British startup Invisibility Shield Co claims to have created a real world invisibility shield that doesn’t even need power to operate, they now are looking to finance its invention on Kickstarter.Each shield uses a precision engineered lens array to direct much of the light reflected from the subject away from the observer, sending it sideways across the face of the shield to the left and right. 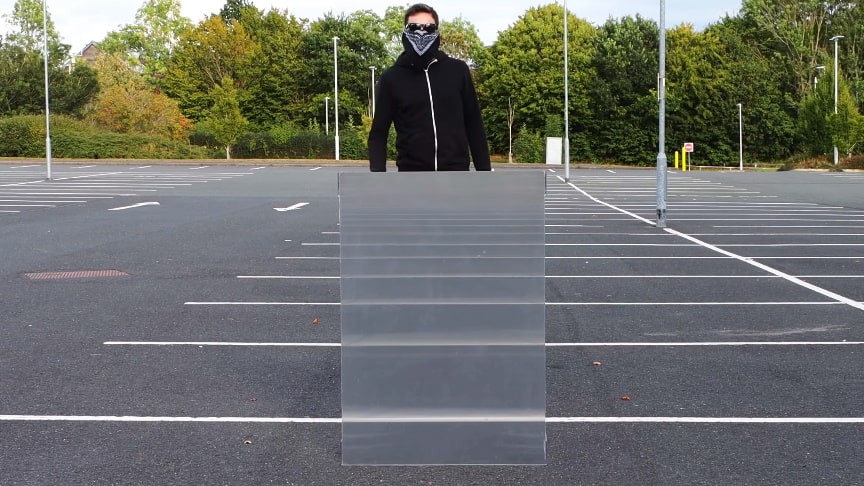 In contrast, the light reflected from the background is much brighter and wider, so when it passes through the back of the shield, far more of it is refracted both across the shield and towards the observer.

From the observer’s perspective, this background light is effectively smeared horizontally across the front face of the shield, over the area where the subject would ordinarily be seen. The optical arrays we’ve used to make the shields are created by extruding and then embossing a polymer to form sheets of elongate, convex lenses running in parallel.