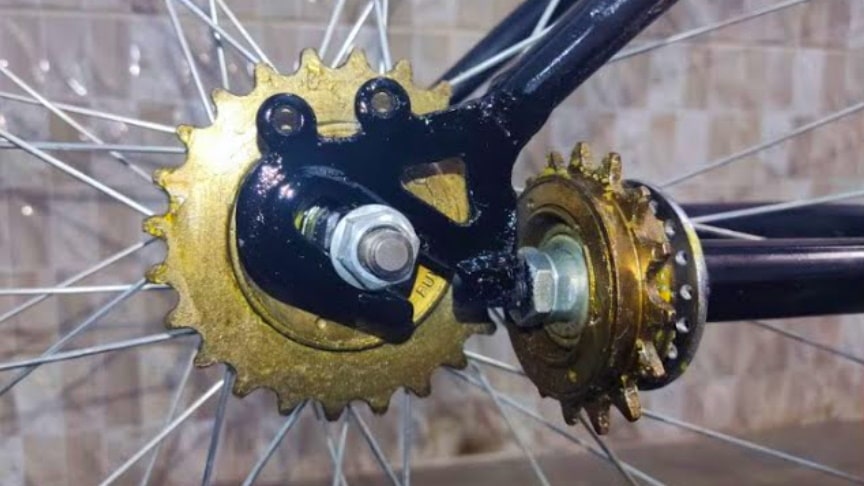 The 90-degree change of the drive plane that occurs at the bottom bracket and again at the rear hub uses bevel gears for the most efficient performance, though other mechanisms could be used, e.g. hobson’s joints, worm gears or crossed helical gears.In this video youtube channel filipo tv customizes his normal bicycle into a chainless shaft driven one:

The drive shaft is often mated to a hub gear which is an internal gear system housed inside the rear hub. Shaft-driven bikes have a large bevel gear where a conventional bike would have its chain ring. This meshes with another bevel gear mounted on the drive shaft.

The drive shaft then has another bevel gear near the rear wheel hub which meshes with a bevel gear on the hub where the rear sprocket would be on a conventional bike, and canceling out the first drive torque change of axis./wikipedia