Jim Sanborn created a sculpture containing a secret message. It sits on the grounds of CIA headquarters in Langley, Virginia. Yet no one has been able to solve it. 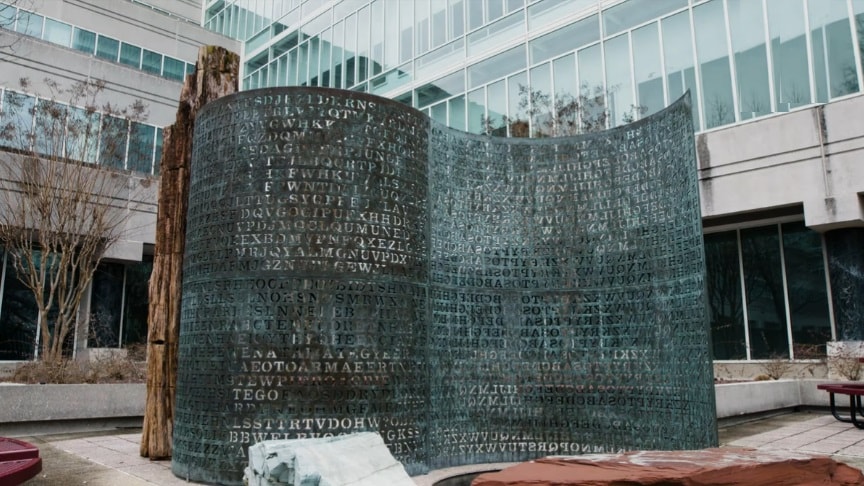 Code breakers from around the world have tried for 30 years. They’re stumped. The artist meets with people like cryptologist Elonka Dunin who are desperate to solve the mystery at his Maryland studio every year or so.

But Sanborn won’t divulge any clues. It’s too much fun keeping everyone guessing.The sculpture comprises of an S-shaped copper screen surrounded by other elements such as a piece of petrified wood, a red and green granite, a white quartz and a pool of water.

On this copper screen, are cut out four ciphers in a jumble of letters—some 1,700 of them, and spread across four sections. The sculpture continues to be of interest to cryptanalysts, both amateur and professional, who are attempting to decipher the fourth passage.