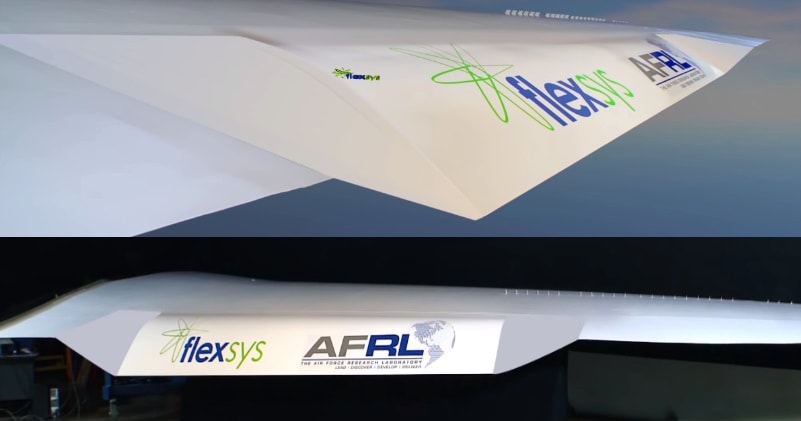 FlexFoil™ variable geometry control surfaces represent a major improvement over conventional aircraft flaps. By exploiting the natural elasticity of aviation grade materials the FlexFoil™ control surface changes the camber of a wing during flight by shape morphing rather than through the heavy and cumbersome mechanisms of conventional wing assemblies.

In addition to this major innovation in aircraft control surface design an even more far reaching impact of this technology is drag reduction in the range of 5% to 12% for long-range fixed wing aircraft, and that represents huge savings in fuel consumption.

Shape morphing performs the large controlled deformations (from -9° to + 40°) needed for landing and takeoff without separating from the rest of the wing./video below: FLEX to FUNCTION

Example of FlexSys wing morphing technology on an actual wing used at an aviation conference. Fuel burn savings of 5-12% are expected and these should be on commercial aircraft by 2020.