Leopard vs porcupine is the iconic sighting that everyone wants to see! Ard van de Wetering had an amazing opportunity to capture that sighting on film on his trip to the park recently.Only the most experienced predators succeed in the challenge of porcupine hunting. 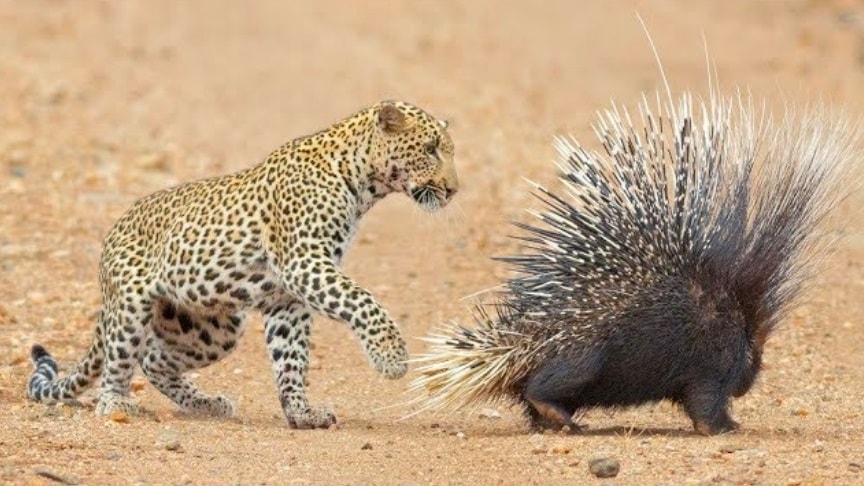 To breach the prickly defences of Africa’s largest rodent requires a perfectly timed strike and the skill to know when to launch it. This leopard – recently filmed taking on a spiny adversary in the northern reaches of South Africa’s Kruger National Park – has not quite mastered the task yet:// Kruger Sightings

Porcupines are generally easy prey for grown leopards; However, young, inexperienced leopards don’t fare quite as well as their adult counterparts.

This leopard took a chance on a couple of unsuspecting porcupines wandering by. Thinking one was an easy meal, the big cat pounced on the spiky creature. Although this young leopard failed to land a fatal blow, it showed signs that it may one day master the trick of porcupine hunting – a task that requires clawing underneath the sharp spines or securing the animal’s head./Kruger Sightings