There’s an abandoned Boeing 737 in Bali, and it’s a bit of a mystery on how it got there. The Boeing 737 is located in South Kuta, in a secluded field that has been gated off and under regular surveillance. 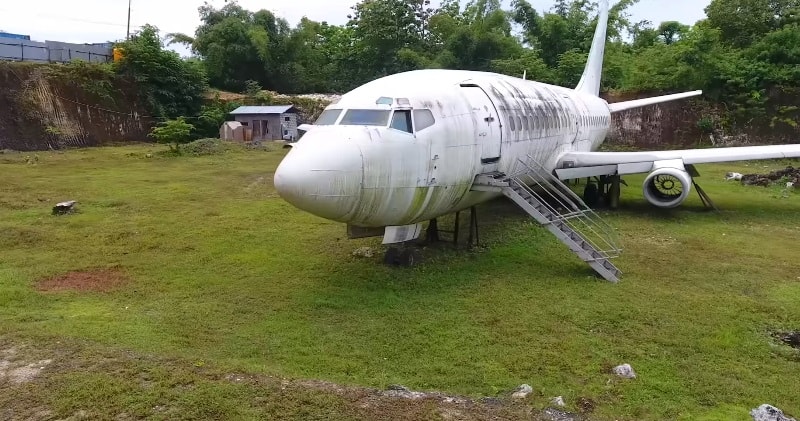 It has become quite the tourist attraction for travellers, consistently drawing visitors eager to take pictures with the mysterious plane.Locals say the plane was meant to be a restaurant, but the owner ran out of money and left the aircraft where it currently is now.

Weirdly, it’s not the only abandoned plane in Bali.Tourists who want to see it must buy tickets and very few actually get to see what’s on board. Some visitors and travel bloggers have tried to get up close to the plane.

Travel blogger Josh recorded the exciting moment he laid eyes on the plane in a YouTube video. He says he asked locals and scoured the internet but could find nothing about why the plane was there.The plane itself, stripped of identifying markings, offers no clues. It’s simply parked up on the grass, near a couple of shipping containers and a rundown hut.