The BeauEr 3X concept was born in 2009 with a simple idea of its inventor : a small but expandable caravan that has everything like a big one : easy to tow on the road and quick to unfold with all the comforts of a large one. 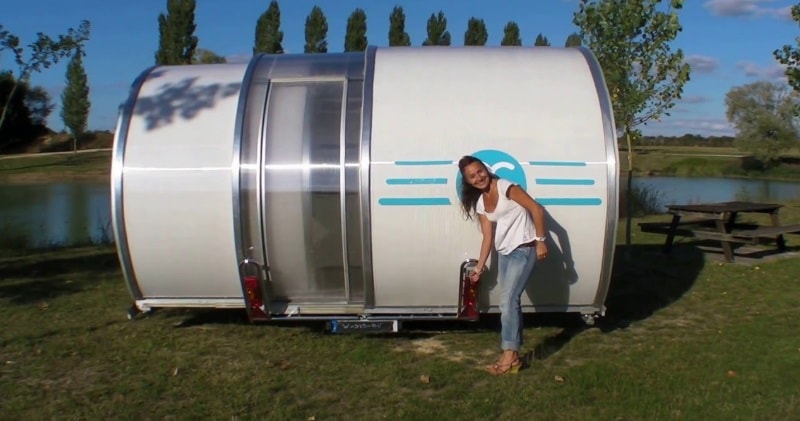 This concept patented internationally is based on the telescopic principle (or pull ) . This technique allows you to deploy 3 modules horizontally by tripling the living area. 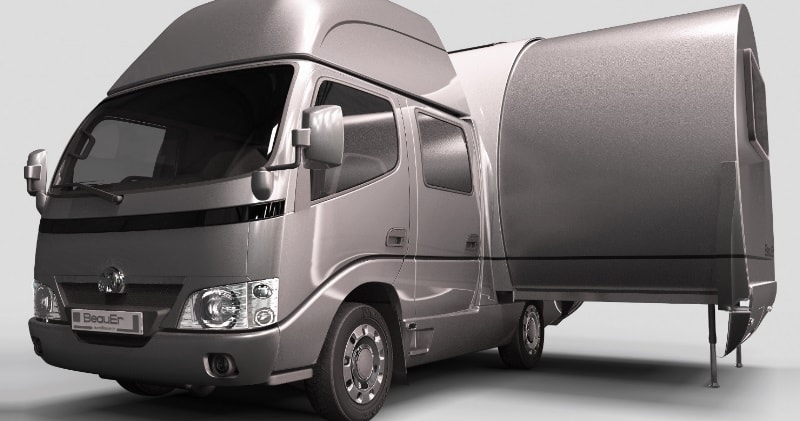 Beauer is also working on integrating the 3X design into a camper van called the 3XC. Based on its initial renderings, the camper module will see little change itself, simply securing atop a van chassis instead of tagging along behind the vehicle. 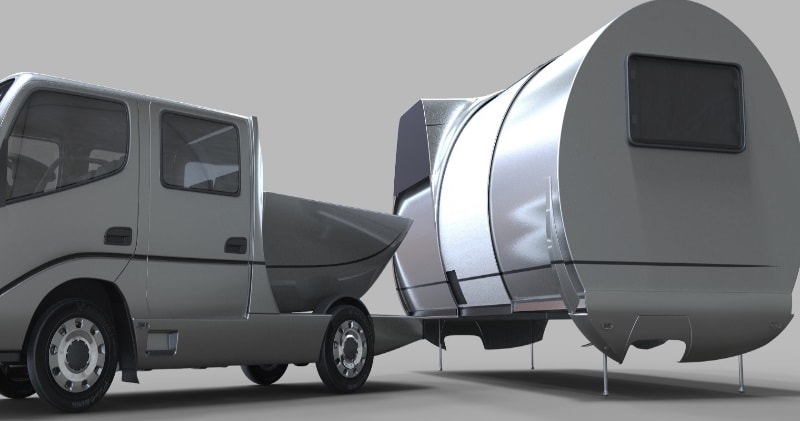 The renderings show that you will be able to camp atop the van or detach the 3X and use it as a standalone module. This operation does not require tedious installation and only one person can with minimum effort unfold all pieces in less than 20s .

The system works using electrical actuators powered by the 12V car battery or 220V .The principle is clever but straightforward : in the folded position , furniture fit together in their opposite.

Once unfolded , this furniture is set up automatically without any manipulation.The transverse positioning of the axle enables a limited external size and remain in a conventional automobile width (1.90 m ) . This compact size facilitates handling and reduces wind resistance.