A clip has been unearthed showing a real Japanese giant on parade. The footage indicated that the man is a mutant or perhaps an alien and this was actual proof that there were giants on Earth. 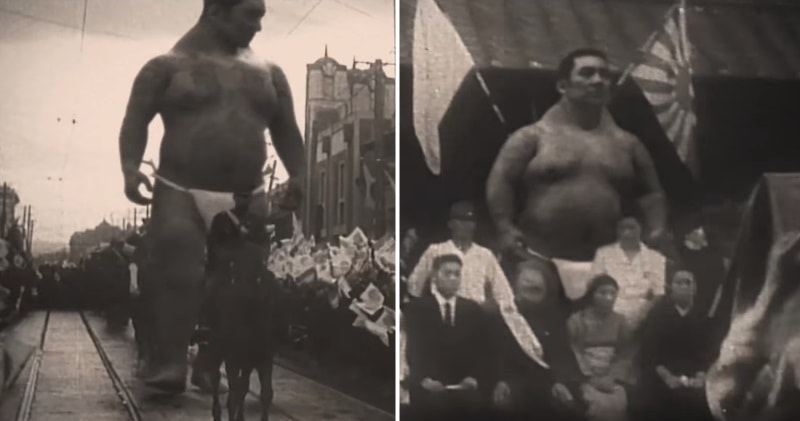 Claims have even been made that this footage had been made during the 1800s a long time before people began to go to the cinema to see movies and it was claimed that the video in question showed a Nephilim giant from the Bible.source: disclose

It was said by someone else that the photo and video was the last footage that was in existence of the last member of a giant that belonged to a tribe of giants called ChaCha, who had lived on an island with the name of Hahajima. This came from a chronicle from the pre-war Japanese Imperial archive.

It seems that the footage that caused a great deal of fuss and which seemingly showed the giant sumo wrestler among a crowd is actually taken from a movie that was filled with many special effects and which had scenes that had been manipulated. Therefore the giant is not a giant, nor is he the Biblical giant, he is just a regular person starring in a movie.source: disclose