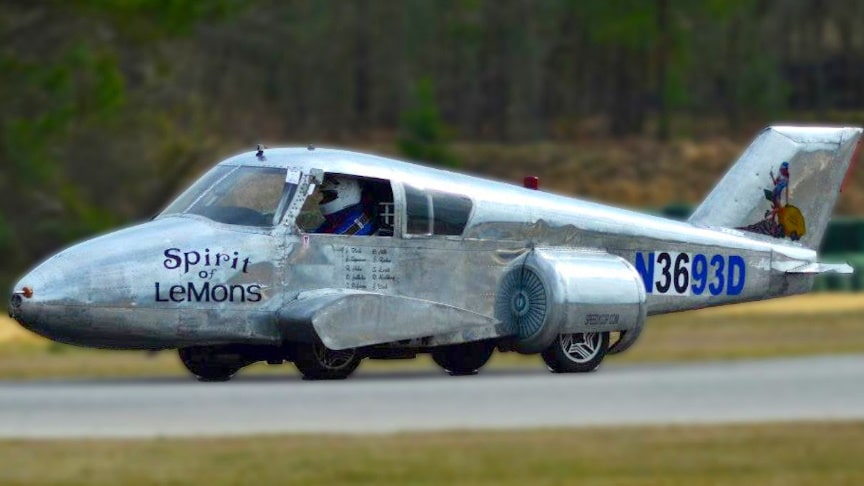 The 27-foot vehicle was originally built for the 24 Hours of LeMons race in South Carolina, US – but since then Jeff has made the car street legal.

The plane instrument panel visibly surrounds the Toyota steering wheel and gear shift inside, while onlookers gaze at the shiny aluminum aircraft body, minus the wings, with the words “Spirit of LeMons” emblazoned on each side.

He used a decaying 1956 Cessna 310 aircraft and the bottom of a Toyota van.The vehicle ended up costing Jeff about $8,000, but the payoff was definitely worth it.The Spirit of LeMons was first built to participate in a race called 24 Hours of LeMons./Barcroft Cars