Alternating current (AC) is an electric current which periodically reverses direction and changes its magnitude continuously with time in contrast to direct current (DC) which flows only in one direction. Alternating current is the form in which electric power is delivered to businesses and residences, and it is the form of electrical energy that consumers typically use when they plug kitchen appliances, televisions, fans and electric lamps into a wall socket. 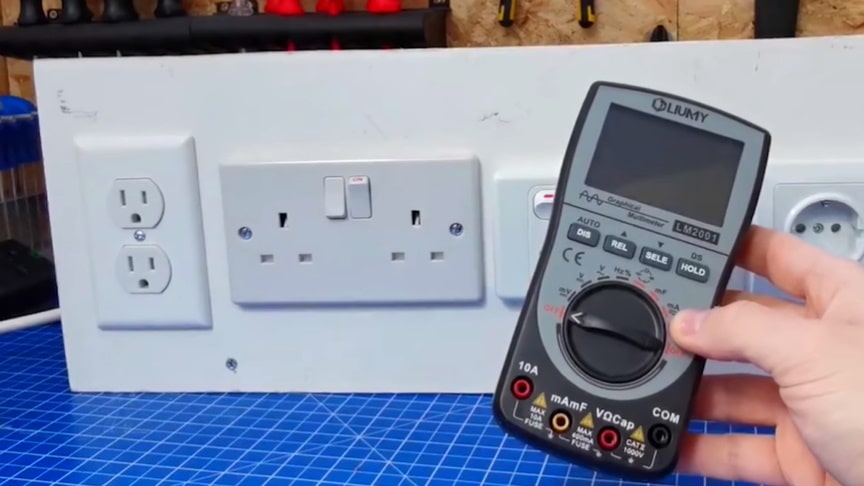 The usual waveform of alternating current in most electric power circuits is a sine wave, whose positive half-period corresponds with positive direction of the current and vice versa. Learn how AC voltage varies with AC since wave and how to calculate the Vrms root mean squared, vmax, peak voltage, the frequency and voltage of different countries.

In AC voltage the Vpeak and the Vmax are the same and is the maximum that a sine wave reaches. Vrms is the effective voltage of a sine wave and is equal to the Vpeak multiplied by one half of the square root of two. When you see an AC voltage, unless stated otherwise it is always Vrms. Rms voltage is effectively the same as a DC voltage of the same value.

The frequency of the electrical system varies by country and sometimes within a country; most electric power is generated at either 50 or 60 Hertz. Some countries have a mixture of 50 Hz and 60 Hz supplies, notably electricity power transmission in Japan. A low frequency eases the design of electric motors, particularly for hoisting, crushing and rolling applications, and commutator-type traction motors for applications such as railways. However, low frequency also causes noticeable flicker in arc lamps and incandescent light bulbs./wikiepdia