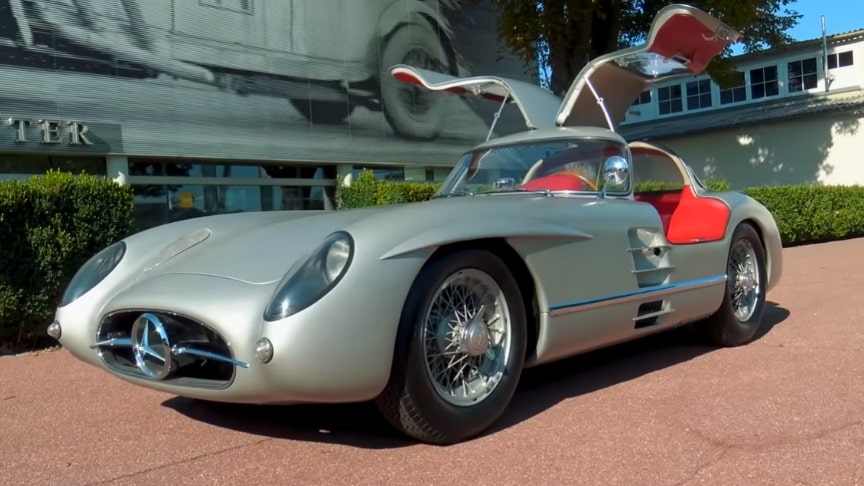 The Mercedes-Benz 300 SLR (W196S) was a 2-seat sports racer that took part in the 1955 World Sportscar Championship before a catastrophic crash and fire at Le Mans later that year ended its domination prematurely. Watch the video form Supercar Blondie for more info:

The 300 SLR was front mid-engined, with its long longitudinally-mounted engine placed just behind the front axles instead of over them to better balance front/rear weight distribution. A brazed steel tube spaceframe chassis carried ultra-light Elektron magnesium-alloy bodywork (having a specific gravity of 1.8, less than a quarter of iron’s 7.8), which contributed substantially to keeping dry weight to a remarkably low 880 kg.