The Aerocon Dash-1.6 wingship was a proposed American ground-effect vehicle intended to carry large cargos and thousands of passengers over long distances at near-aircraft speeds. 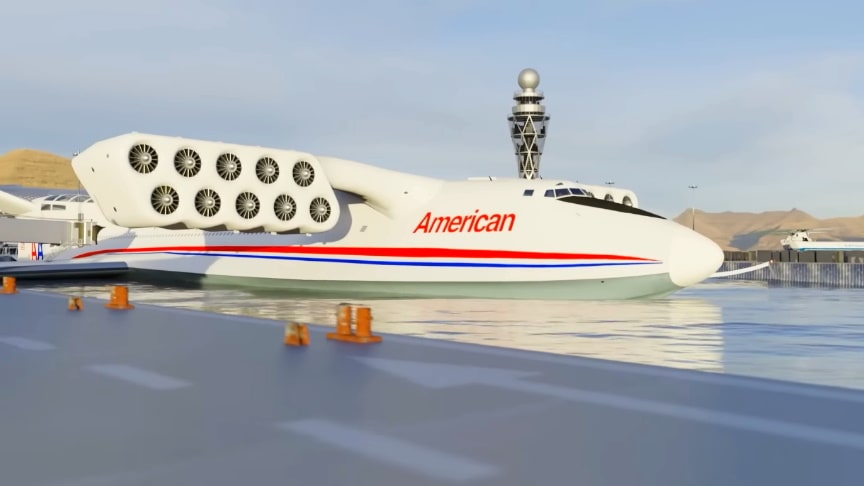 The vehicle was claimed to be able to carry a combination of 1,500 short tons of cargo and 2,000 passengers a distance of 11,500 miles at speeds close to those of commercial airliners.

The US Defense Advanced Research Projects Agency (DARPA) evaluated the Aerocon design, along with submissions from several other manufacturers,as part of a preliminary study of the concept during the 1990s to determine whether a billion-dollar program was viable, to develop a wingship for military uses.

By the end of 1994, the Department of Defense decided that the design was too high a risk and did not offer further funding.//wikipedia