The Ford Model T used a 177 cu in (2.9 L) sidevalve, reverse-flow cylinder head inline 4-cylinder engine. It was primarily a gasoline engine. It produced 20 hp (14.9 kW) for a top speed of 45 mph (72 km/h). It was built in-unit with the Model T’s novel transmission (a planetary design), sharing the same lubricating oil. 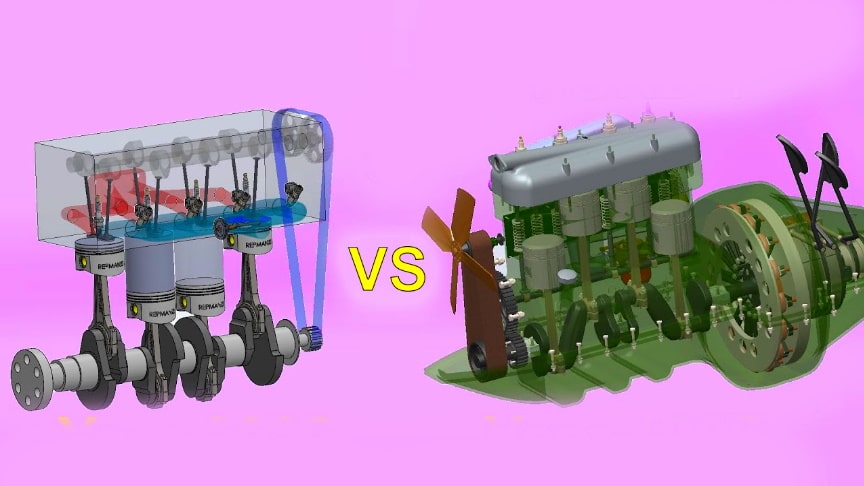 In this video we analyze in 3D the LEGENDARY engine of the Ford Model T.We will see how it is built and what changes with a modern car.Its pistons, connecting rods, crankshaft, valves, etc. Watch the video from Repairman22:

The T engine was an inline-four, with all four cylinders cast into one engine block. Such monobloc design was an uncommon practice when T production started in 1908. It lent itself to mass production, showing the Ford company’s prescient focus on design for manufacturability.

The head, however, was detachable, which not only aided Ford in manufacturing but also made valve jobs (cleaning, grinding, or replacement of the poppet valves) easier. The block and head were both of cast iron.The engine’s bore was 3+3⁄4 inches (95.25 mm) and its stroke was 4 inches (101.6 mm) even, for a total displacement of 177 cu in (2.9 L)./wikipedia