Here is a 1917, 600 Horsepower Snow gas compressing engine running at the Coolspring Engine and Tractor show. This engine was manufactured by the Snow-Holly Works in Buffalo, NY. The rated output of the engine is 600 HP at 100 RPM, which yields a torque value of 31,500 ft-lbf. 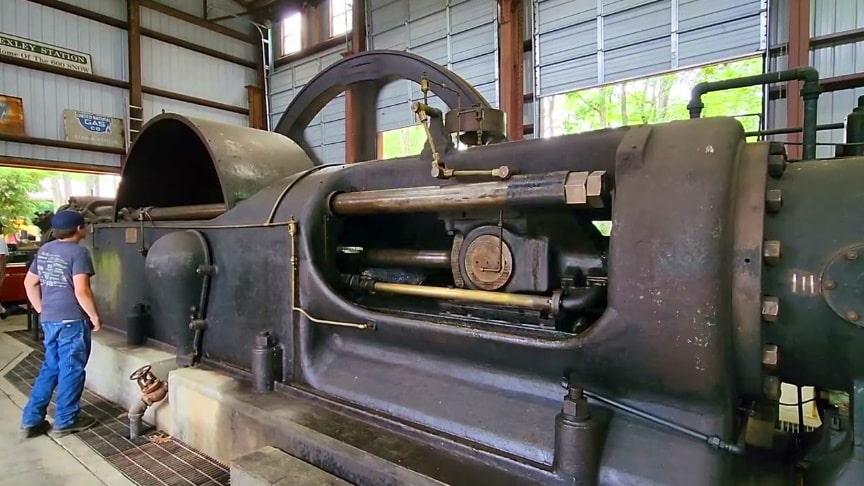 The natural gas compressing cylinder at the front of the engine was also manufactured by Snow and features an 18 inch bore and a 48 inch stroke. The compressor accepted gas at approximately 50 psi and raised it to 450 psi.

Upon peak compression, the gas in the cylinder exerted a force of about 114,300 pounds on the piston. The engine is 75 feet long with a 18 ton, 18 ft diameter flywheel.

The overall weight of the engine is estimated to be about 140 tons! The engine was owned and operated by National Fuel Gas Corporation of Titusville, PA and was donated in 1992.via/read more: Eric Coffed