Named after Ada Lovelace, the first female computer programmer, Ai-Da the robot is the brainchild of gallery director Aidan Meller.She has been designed and built by the Cornish robotics company Engineered Arts, and her drawing abilities have been created and developed by students at the University of Leeds. 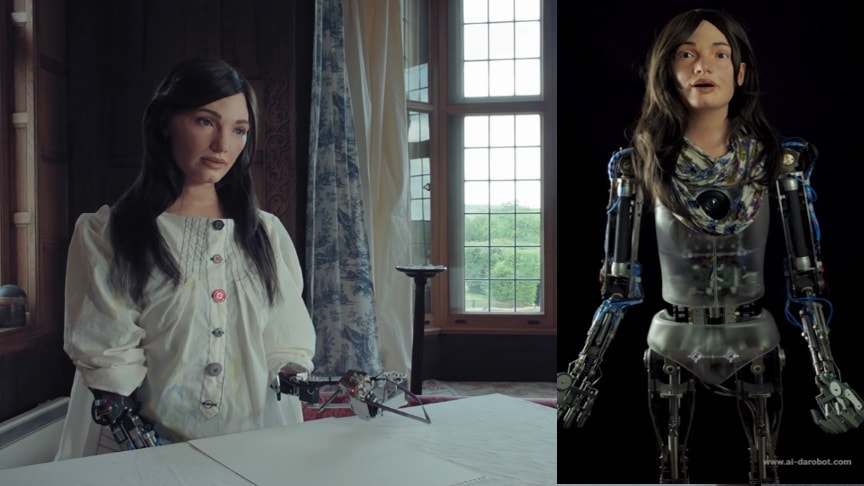 Ai-Da is the first ultra-realistic humanoid AI robot artist in the world – watch this space to see her sketches and her roles in performance art.

Ai-Da draws portraits from images captured by a camera in her eye, which is processed through AI algorithms and turned into real space coordinates, which Ai-Da then draws using her robotic motorised arm.

Her style is influenced by the breakthroughs in portraiture from the early twentieth century, including the expressionist and cubist movements.

Ai-Da’s portraits are distorted, jagged and fragmented, where the identity and character is both perceivable and obscured at the same time. Ai-Da’s urgent, splintered style reflects our current world as we navigate a world morphing in response to advancing technological developments and a destabilising environment.