This video delves into the Lycoming IO-360-L2A as found on the Cessna 172S. You will learn the major components that make up this system, and how each relates to the operation of the airplane. The Lycoming O-360 is a family of four-cylinder, direct-drive, horizontally opposed, air-cooled, piston aircraft engines. Engines in the O-360 series produce between 145 and 225 horsepower (109 to 168 kW), with the basic O-360 producing 180 horsepower. 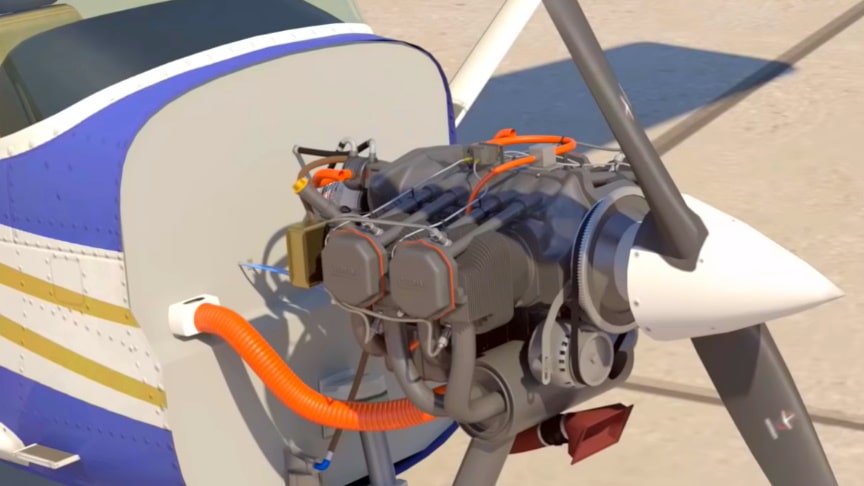 The Lycoming IO-360-L2A its a horizontally opposed engine which is also called a flat or boxer engine, has two banks of cylinders on opposite sides of a centrally located crankcase. The engine is either air-cooled or liquid-cooled, but air-cooled versions predominate. Opposed engines are mounted with the crankshaft horizontal in airplanes, but may be mounted with the crankshaft vertical in helicopters. Watch the video from ERAU SpecialVFR for more info:

Due to the cylinder layout, reciprocating forces tend to cancel, resulting in a smooth running engine. Opposed-type engines have high power-to-weight ratios because they have a comparatively small, lightweight crankcase.

In addition, the compact cylinder arrangement reduces the engine’s frontal area and allows a streamlined installation that minimizes aerodynamic drag. These engines always have an even number of cylinders, since a cylinder on one side of the crankcase “opposes” a cylinder on the other side./wikipedia