TOYAN Engine L400 is a brand-new platform specially developed for RC models. It is with high-simulation appearance, closer to the real engine, with a long stroke as the engine design model, effectively providing higher torque. This toyan fs-l400 is with 4 cylinder, double stronger power than the 2 cylinder FS-l200 series, the maximum speed is 13500 rpm. Displacement: 14.0cc (3.5cc*4), Output Power: 3.05ps. 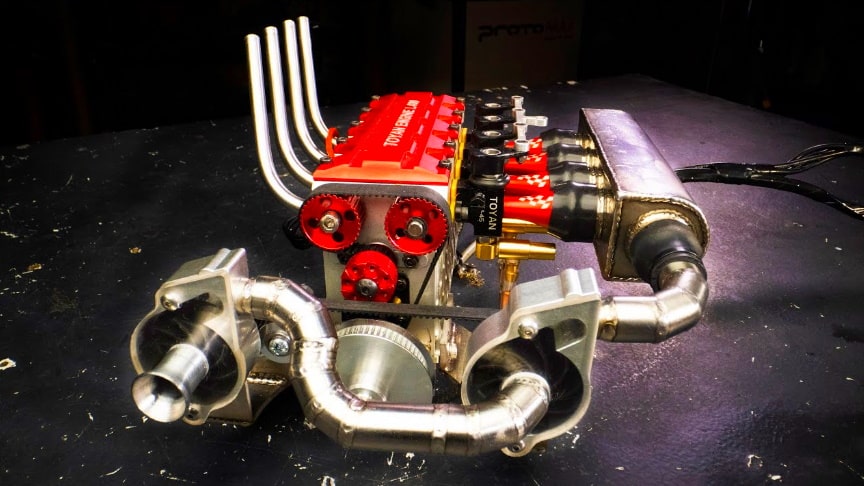 I’ve seen people on YouTube recently trying to make boost with these mini superchargers, with very little boost being made, all I can do when I watch these videos is shake my head, so I decided to show them how it’s done!.I made about 3 PSI of boost here which some may think is substantial but I think is pretty elementary, I’m looking for some serious boost pressure in the future.

In this episode I build the entire compound supercharger setup, and at the end of the video I tear the entire engine down.Originally I was going to include the full tear down video but I decided not to because I found it boring but if you decide that’s something you want to see, just let me know but in the next video with this engine where I use the toyan L400 engine For an upcoming project I’m probably going to build the entire engine from scratch and make some modifications along the way.Warped Perception