This bike spend its whole life in Sweden and is single family ownership from new. This R9 has been restored recently.The ‘R’ series of machines were introduced in 1930 with a reduced model range. There was the 996cc, side valve, V twin, ‘R2’ that sold for £63. 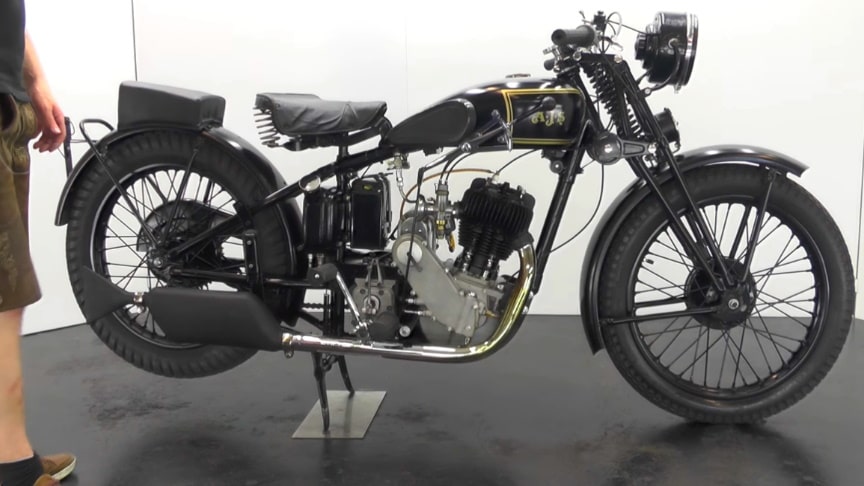 There were three 349cc machines. The ‘R4’ was the deluxe side valve machine and sold for £63. The ‘R5’ was the standard lightweight machine, selling for £40 and the ‘R6’ was the overhead valve machine that sold for £53.

Joe Stevens, father of Harry, George, Jack, and Joe Stevens, first built an internal combustion engine in 1897, although his engines did not enter production until after 1900. His first engines, of 125cc, were sold as proprietary engines to other manufacturers.